Between now and the Flower Show there is time for one more winter post. 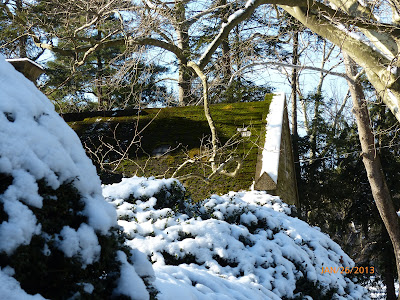 So--a short look on the local phenomena of moss on roofs.  It is something I never saw growing up in New York City and the end of Long Island. 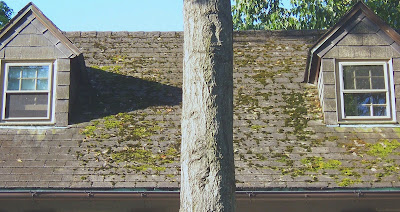 But it is plentiful around here. The height of the trees with their dense shade, the greater humidity, the prevalence of cedar shake or slate roofs, I'm not sure what produces it, but it is all around. 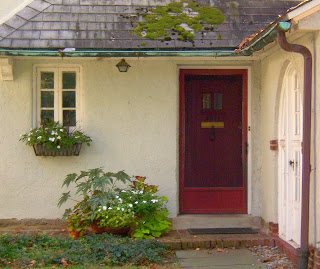 Green roofs before green roofs were cool. It is a lovely detail and adds to the organic feeling of the local architecture, as if yes, somehow the houses just grew out of the stone, wood and earth. 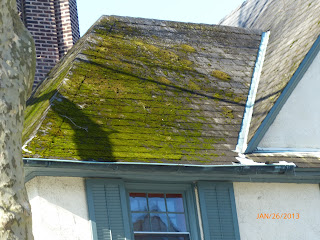 Google the subject and you will find a bunch of pages on how to remove the moss, and not much about how to grow it. There is the fear that it will loosen the shakes or impede runoff. I did not find data that it actually does so. 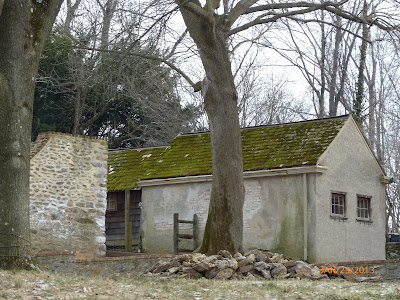 And it does look great-- especially in winter. 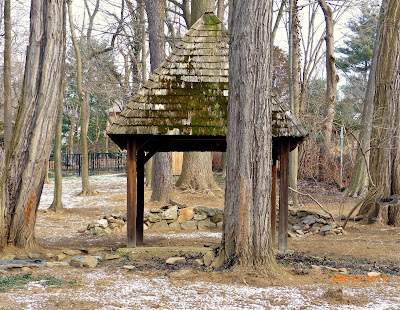 Though  it is now officially latest winter--for  the snowdrops have begun. 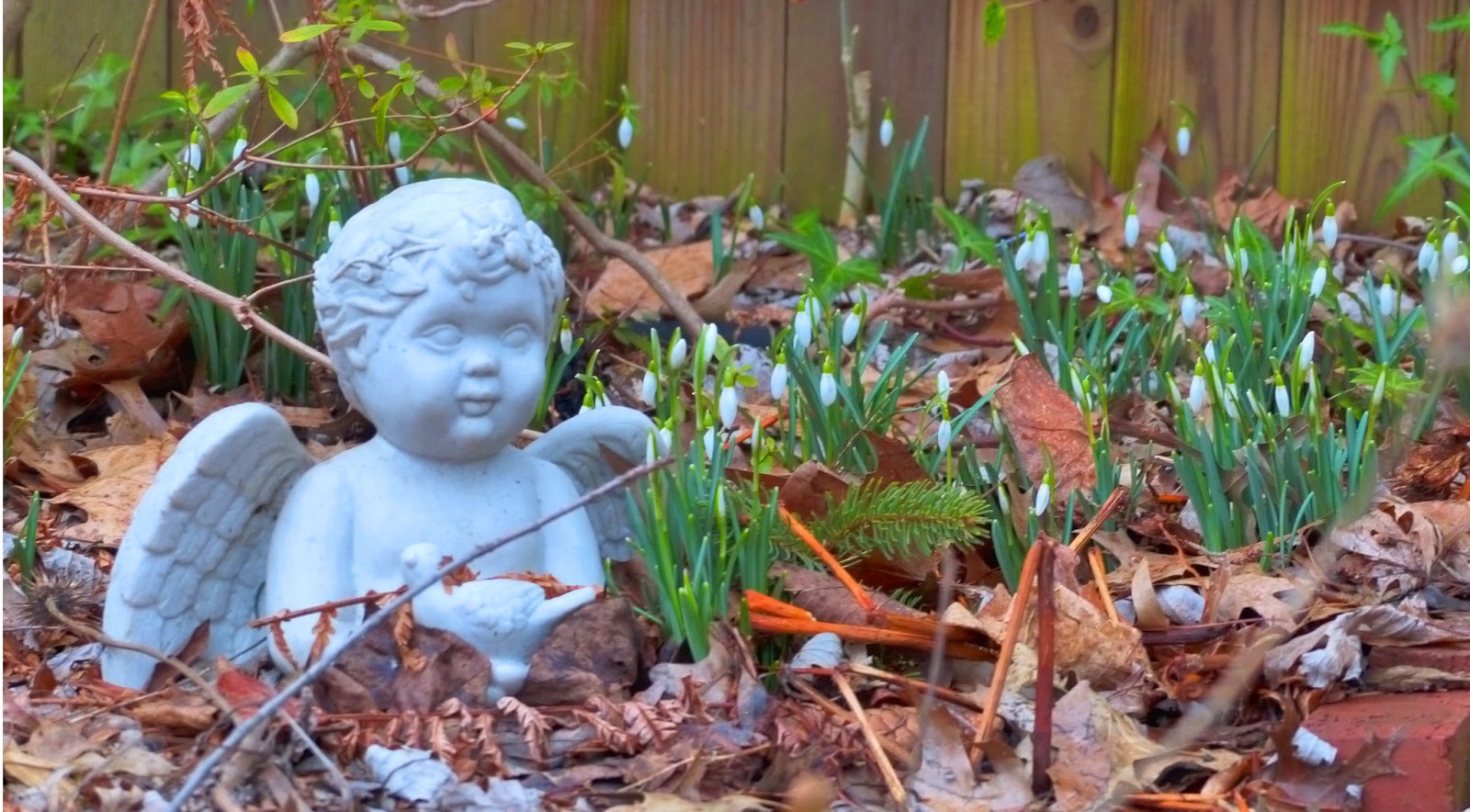 Posted by Kay Wisniewski at 4:25 AM