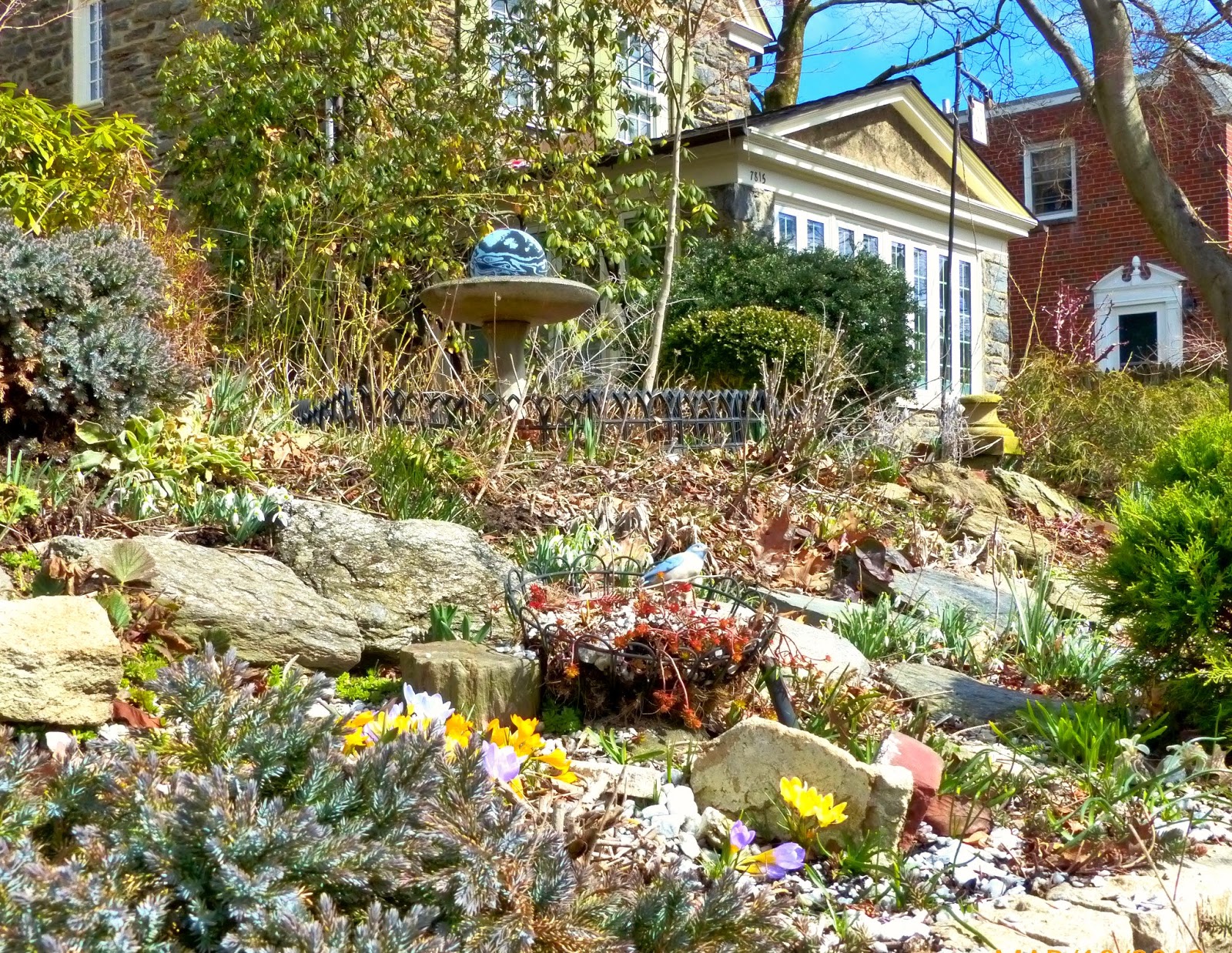 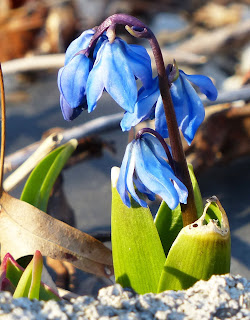 
So how can things bloom one day, be frosted with snow the next, and then bloom the day after? 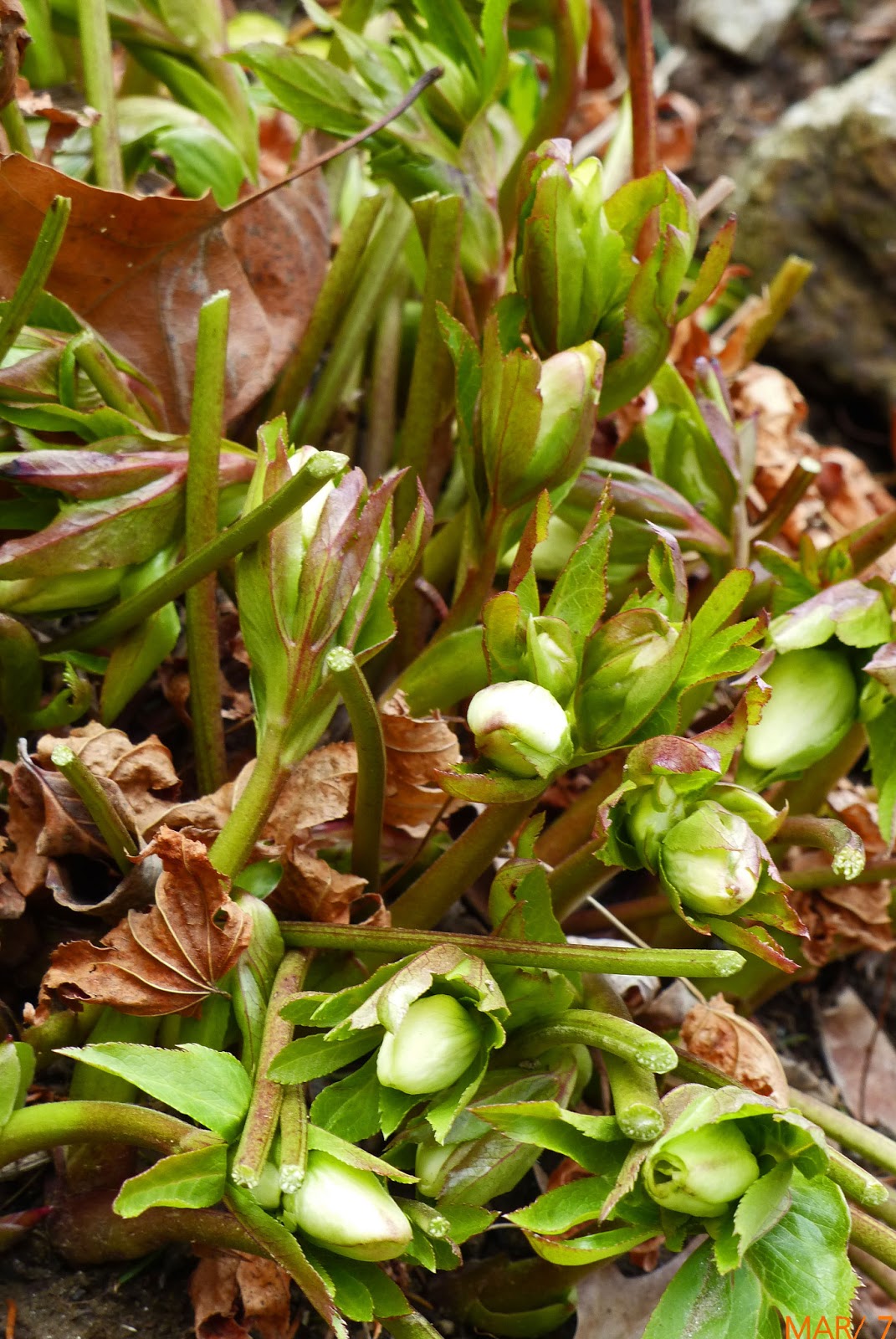 That is the question I have been asking myself as I have watched snowdrops, croci, Lenten Rose and squill thrive in our changeble climate.


Somehow, there is an antifreeze protein in some plants that keeps ice from forming within plant cells. It's not the ice on plants that kills them, it's the ice inside. So some plants stave off inner cell freeze by expelling water, while others form ice on the outside of the plant to protect the inside. I think. It is all pretty complicated. Complicated enough for the government to be doing a study on plant anti-freeze that includes Lenten roses and vinca. 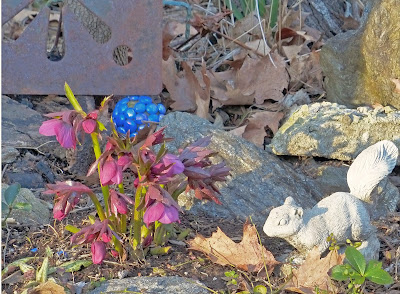 This year I took the old leaves off my Lenten roses early. These plants have been snowed on at least three times, and have endured many nights of freeze. Yet they thrive. So the advice in books is true, you can cut the old leaves off in winter without damaging the spring buds. 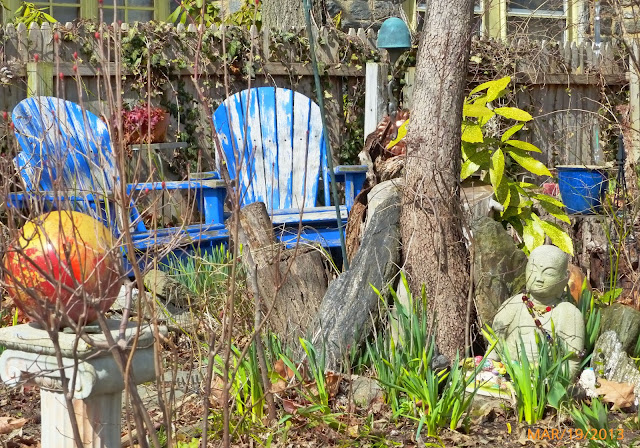 And though it has been a cold spring so far, it is almost daff time, which is the unofficial start of spring for me. They are already in bloom a half zone away--which is how I think of the heatsink of Center City. But the ones in my yard are almost poppin. 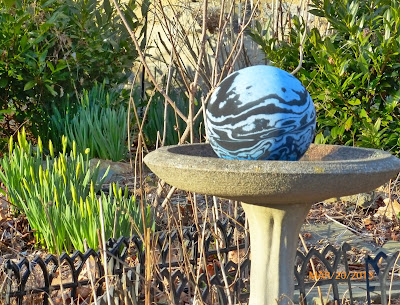 One of the more interesting changes this cold spring has brought has been on the colors of this evergreen foliage. 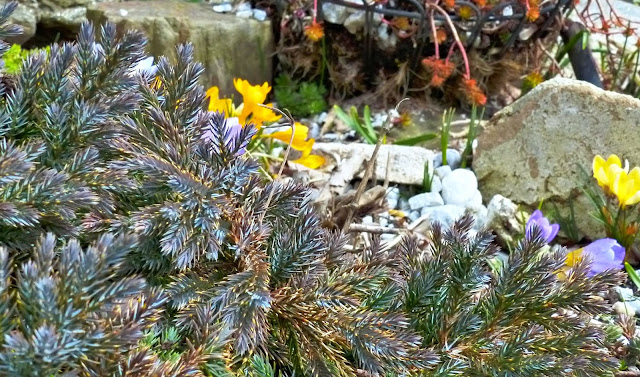 I'm not sure what this evergreen is-- it is small, greyish and bought from a box store. This time of year though it shows a subtle psychedelia of color. 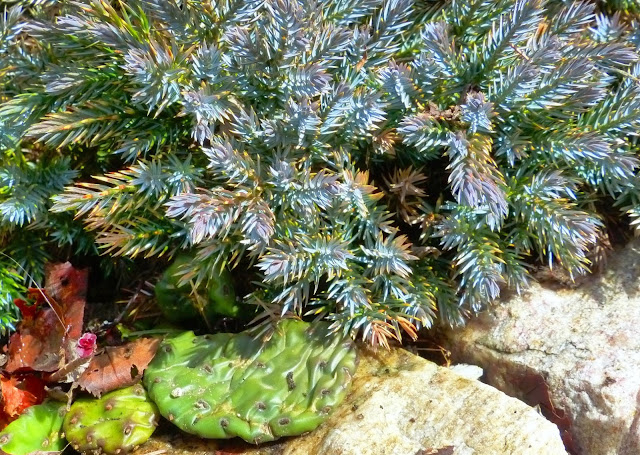 I can find tones of green, lavender, mauve and brown in what is considered a common, boring grey-green plant.

Which is partly why I have so missed the garden this winter. I miss the constant small surprises and delight that working in the garden brings. 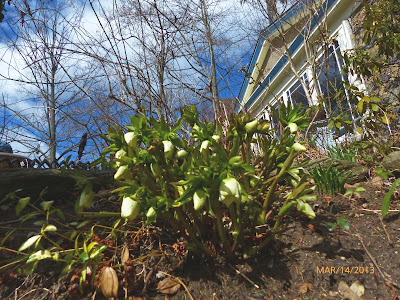 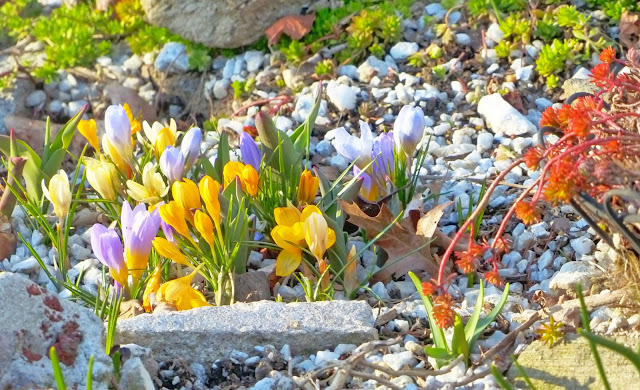 Posted by Kay Wisniewski at 7:13 AM