Hidden Kingdoms are what I call unusual, scenic spots that are often just off a main drag. you might be driving along, and thru the trees, notice this-- 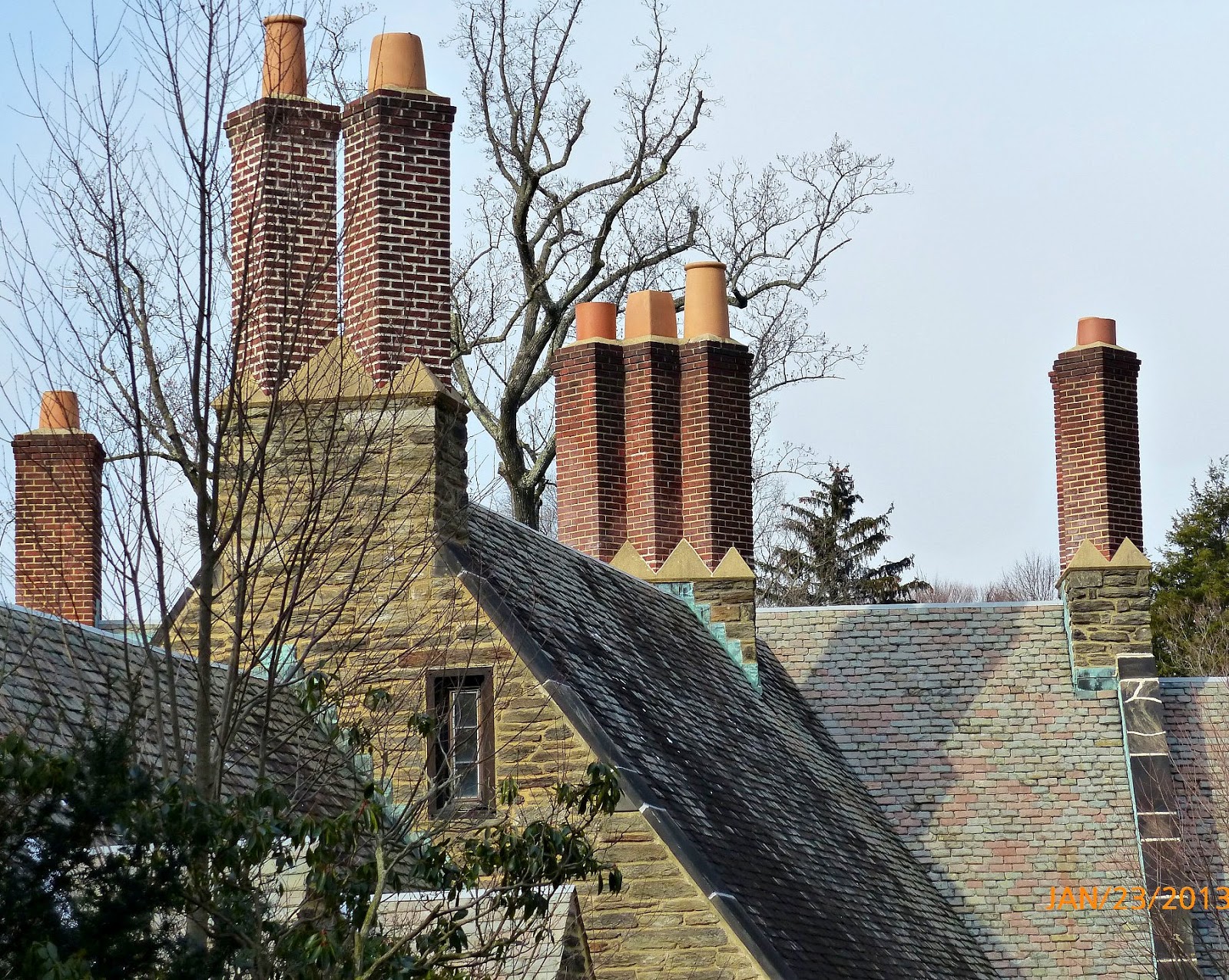 Getting closer, you'd see this 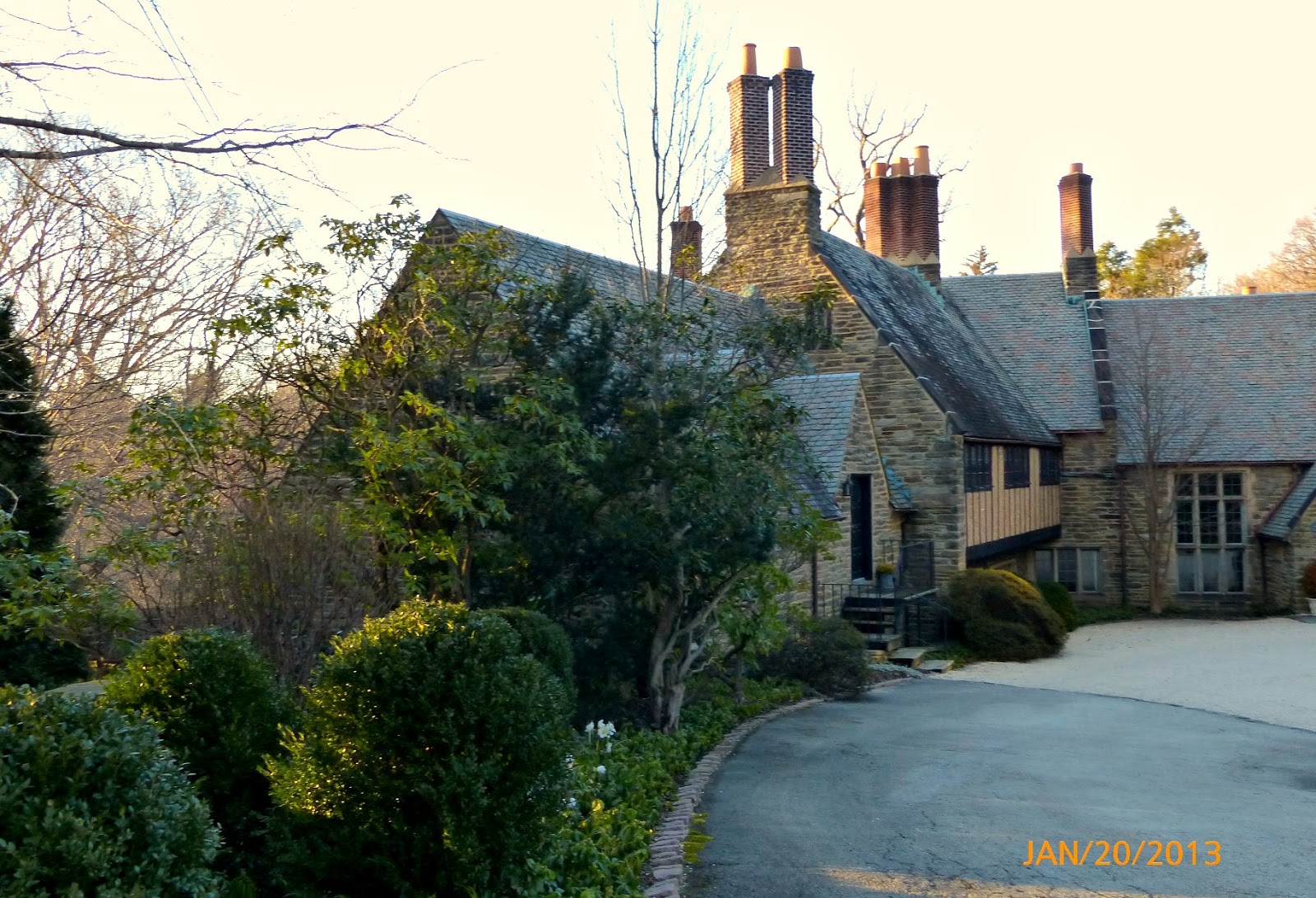 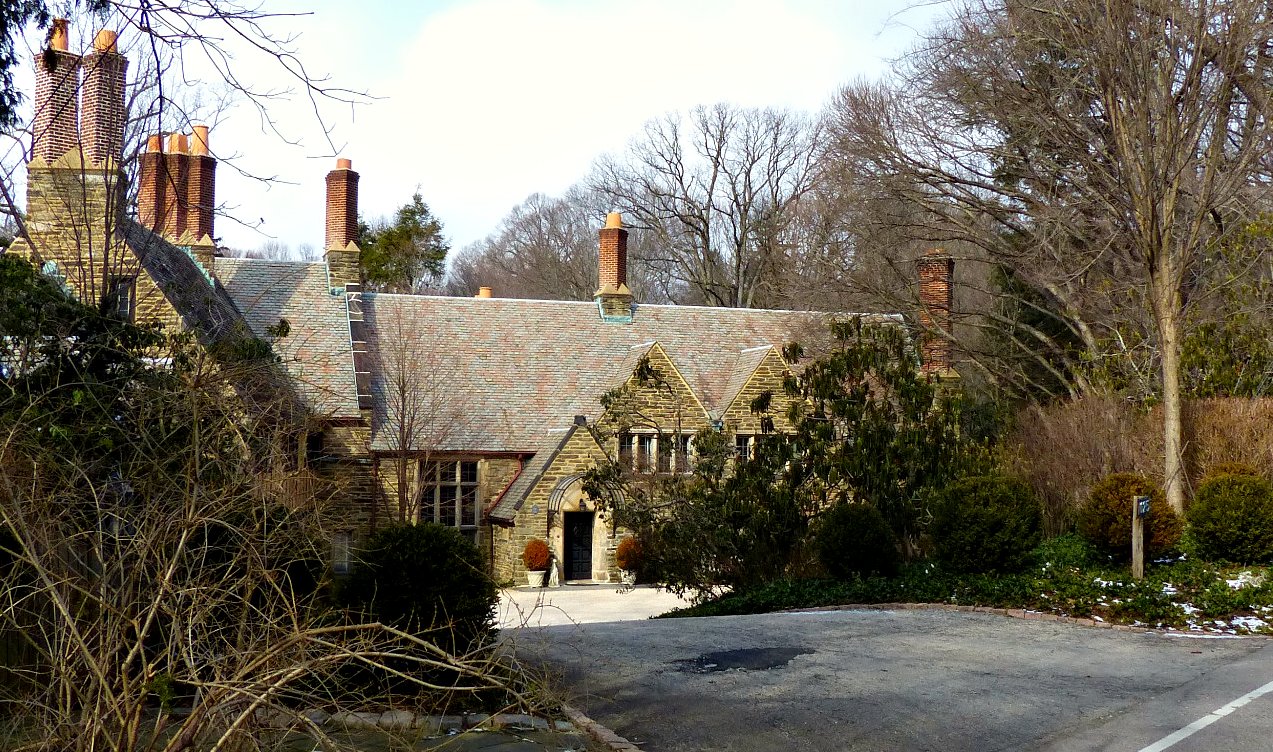 An Anglo-Norman manor house just off a main byway. You would see that it was surrounded by other lovely, capacious, more usual houses for the area 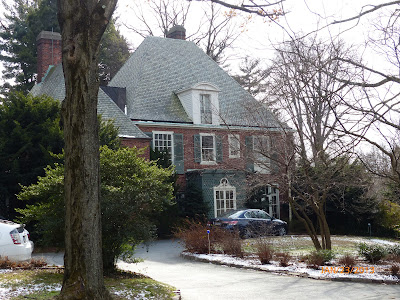 But none that look like this from the back side 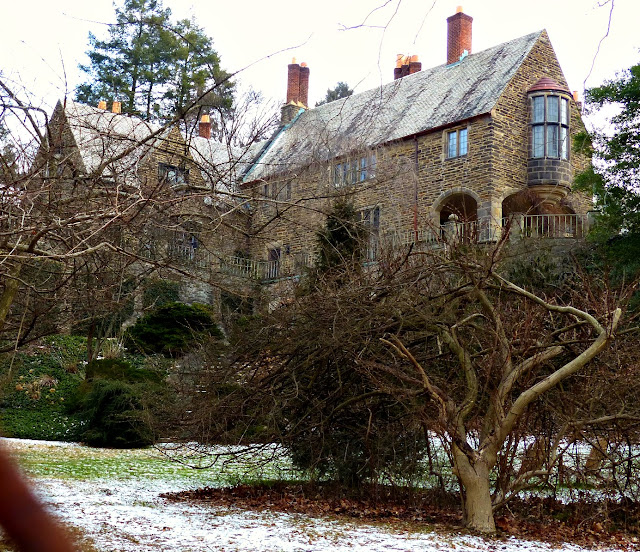 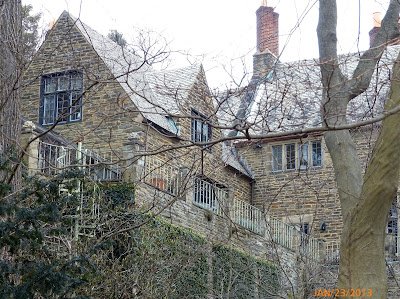 So how did this manor house arrive in the Wissahickon Valley? 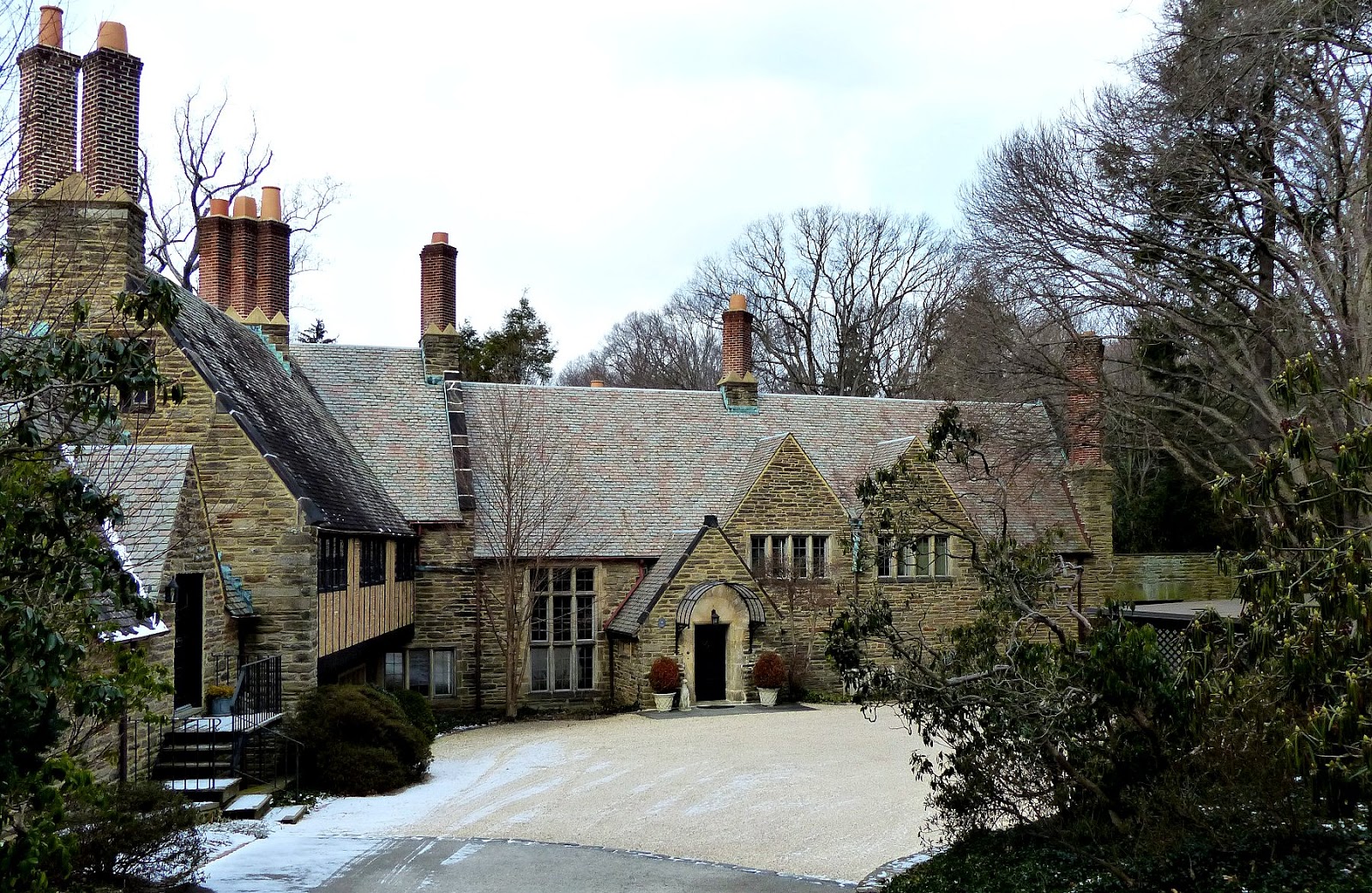 Well once upon a time, there was a local Quaker boy who became a famous engineer (he later founded Leeds & Northrup) and who fell in love. His name was Morris Evans Leeds  He fell in love with an opera singer, a very grand opera singer and her name was Lily Pons. Expecting that they would marry, he contracted with Mellor & Meigs to build her as close to a palace as would look suitable in the locale. It was built with exquisite details with the help of Samuel Yellin for ironworking, R.C. Ballinger as contractor  and Harrison, Mertz and Emlen as the landscapers. How many uncredited Italian stonemasons labored on it is not recorded (but should be.) 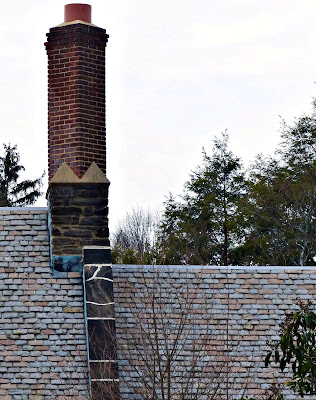 I have never seen a channel of rock used like this on a slate roof before. 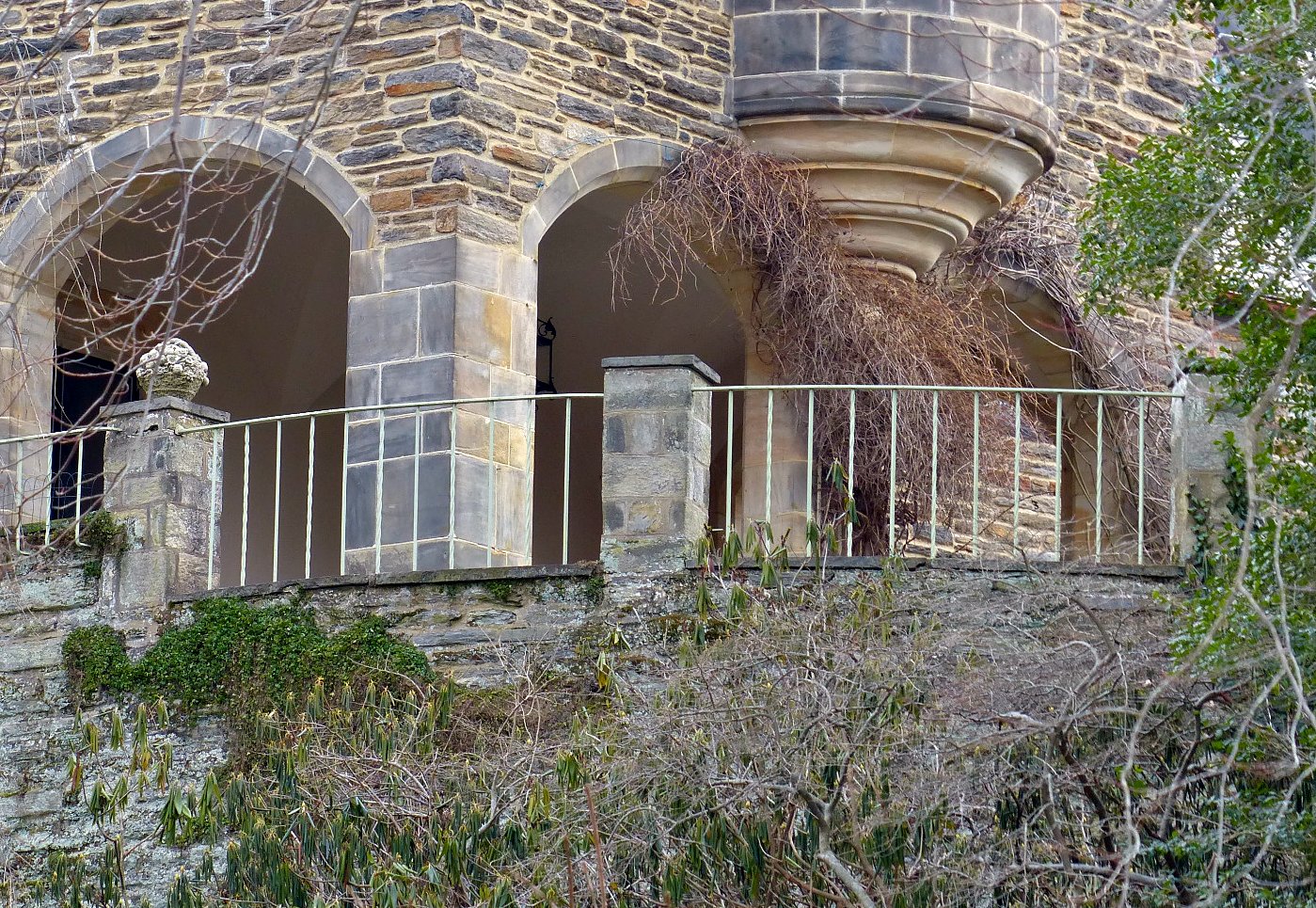 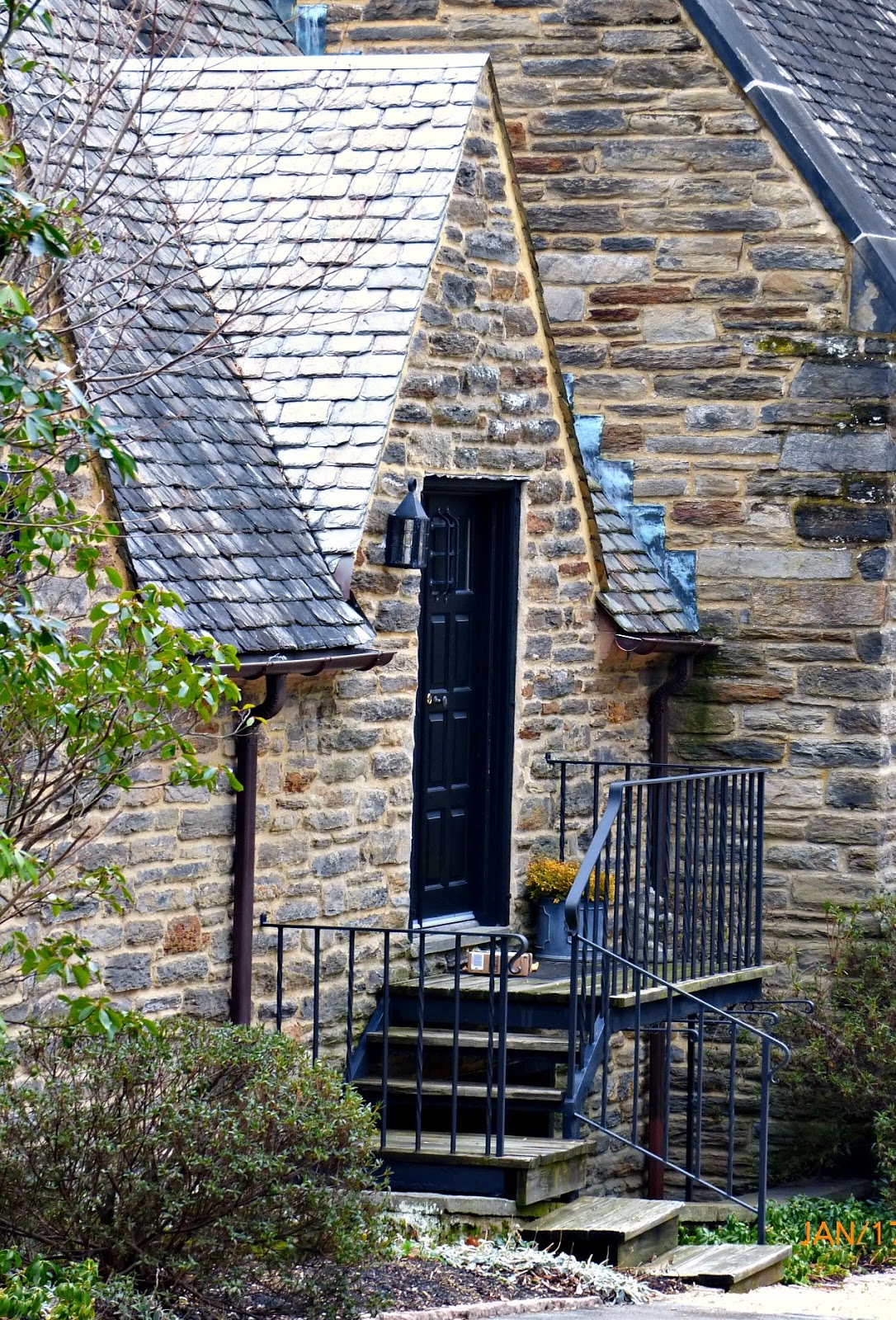 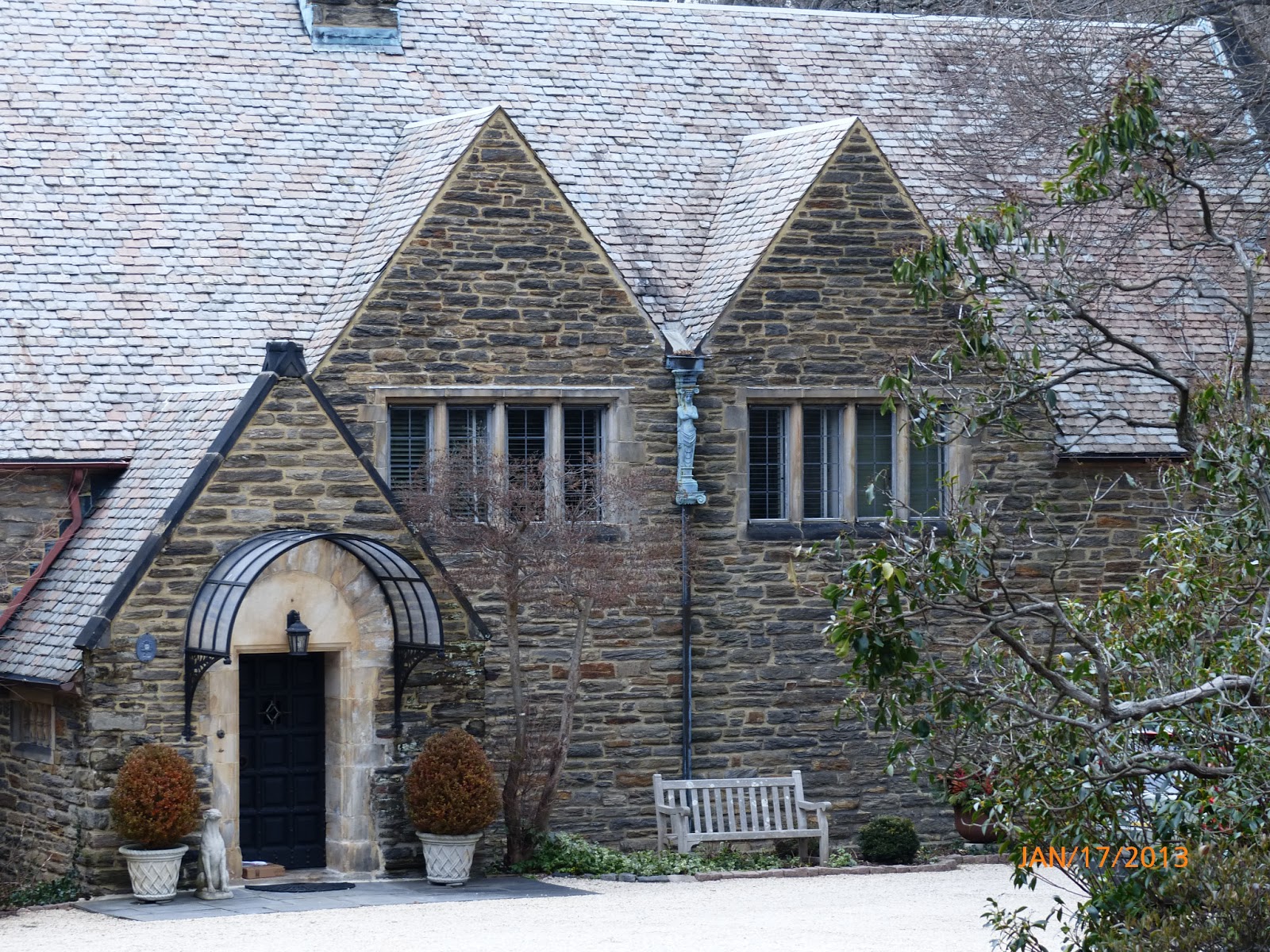 There was even a carriage house next door larger than many houses. 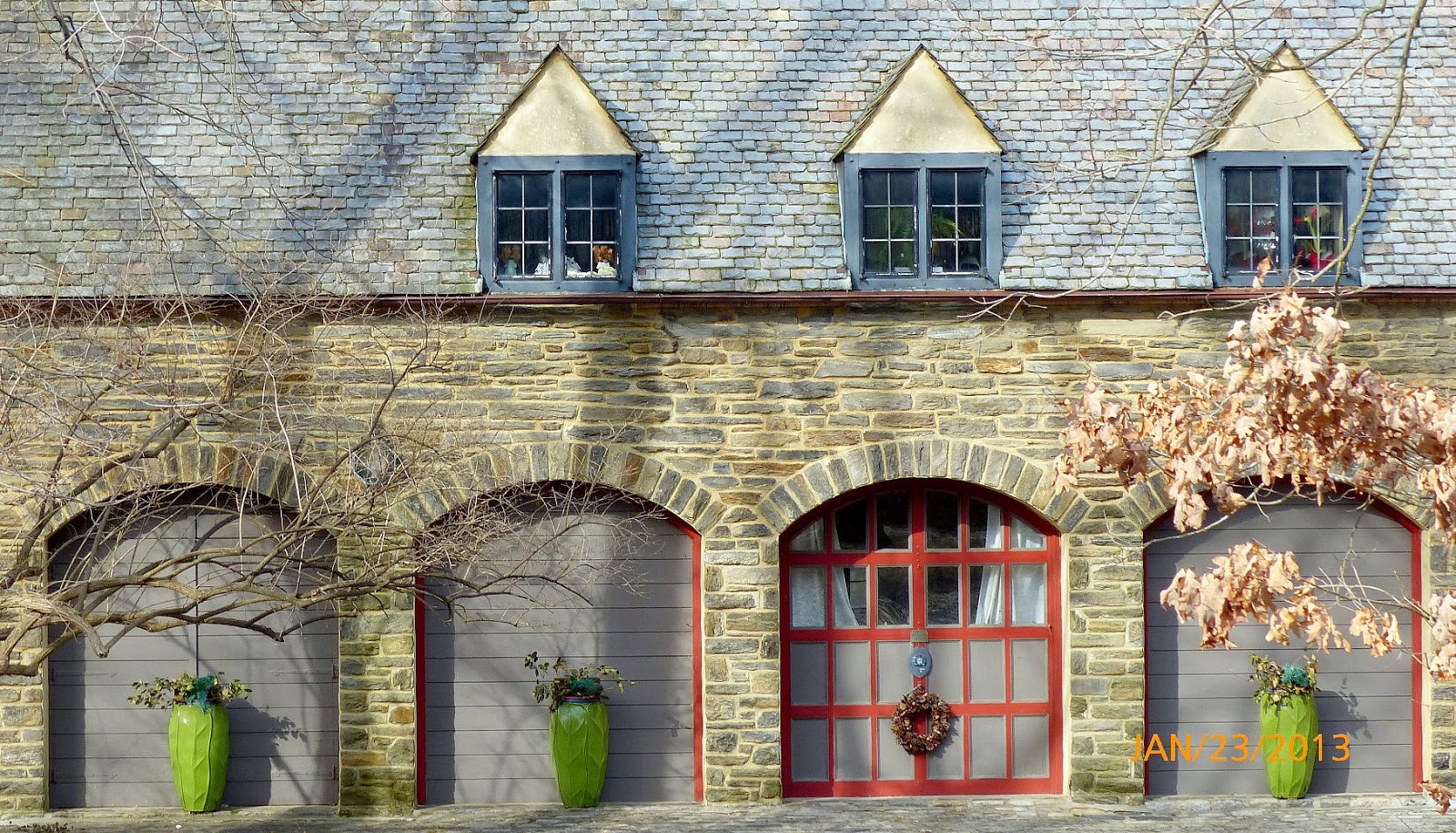 And the best of it all was that this was set right on a west-facing hill right over the Wissahickon so that at sunset... 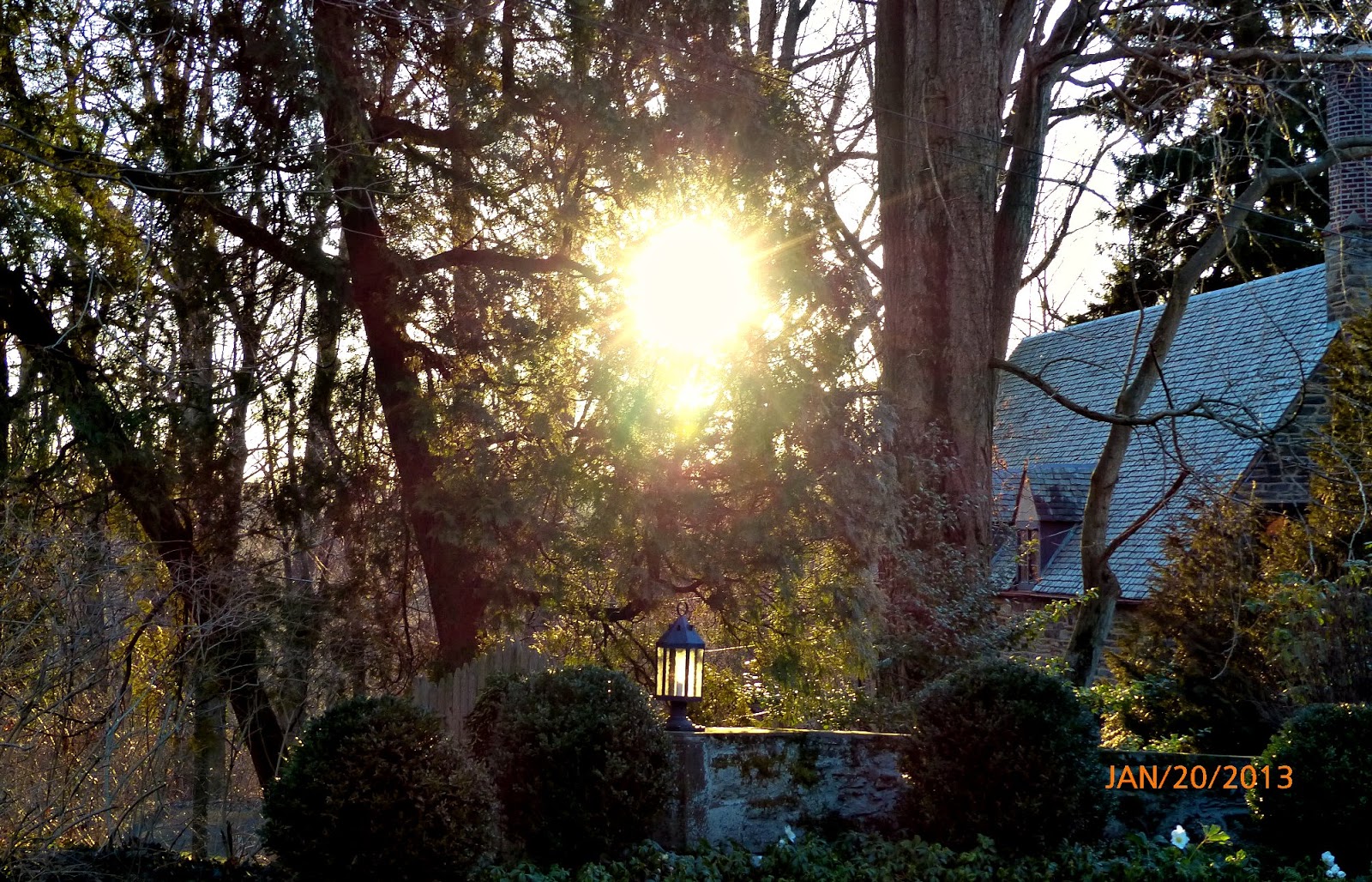 All the area around would go aglow 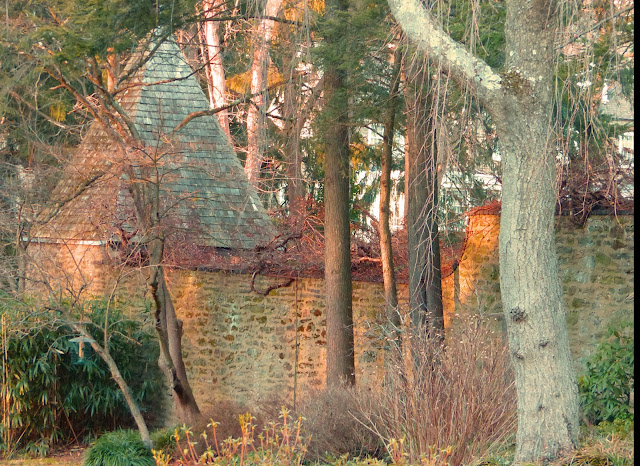 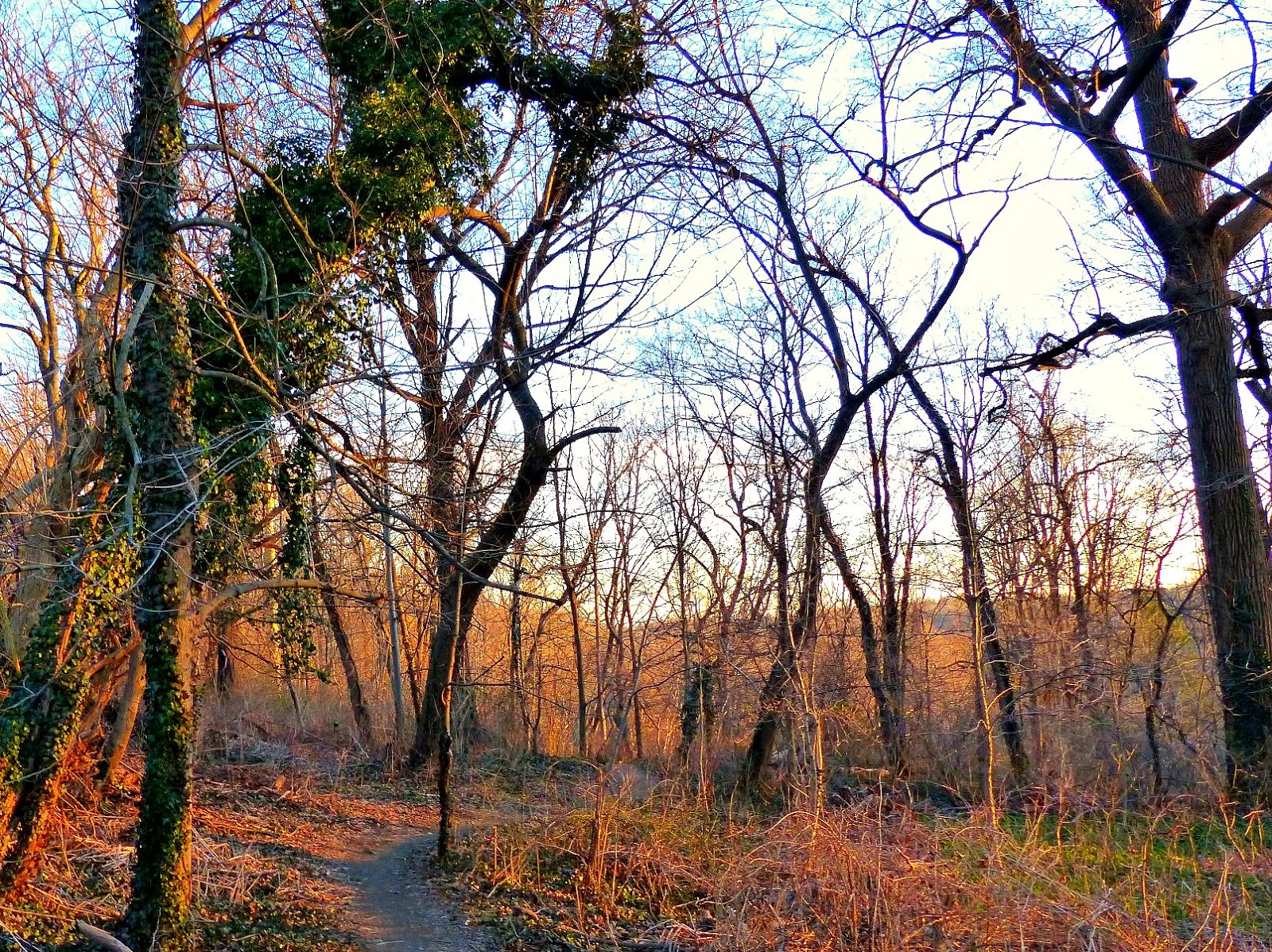 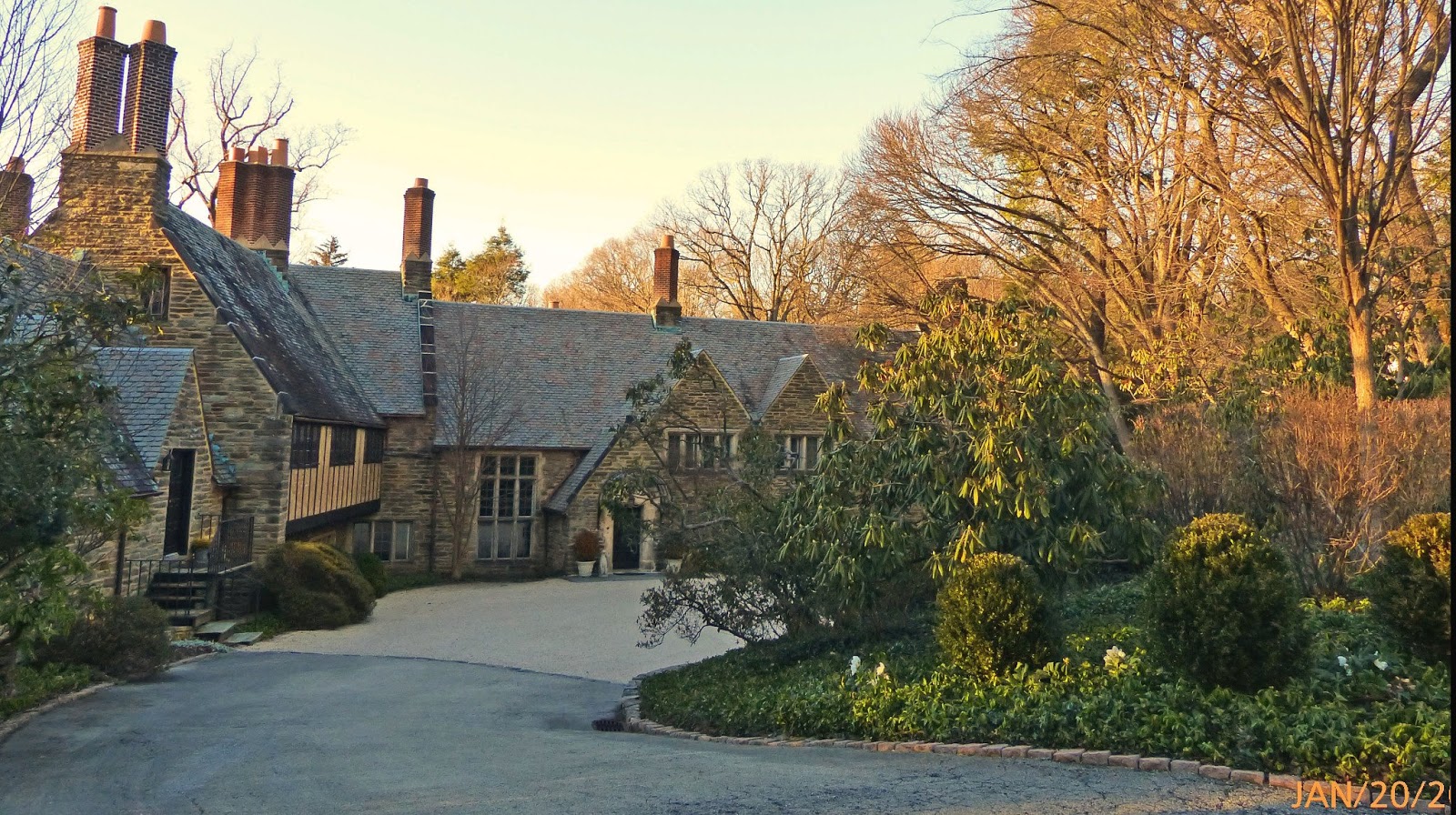 The marriage never happened. Why, I do not know The only reason I know this story at all is that  while I was out taking these photos a friendly, older gentleman who had lived long in a neighboring house was taking his walk and was kind enough to stop and give me an oral history.Then I looked up the address on a good  resource we have at the library, Philadelphia Architects and Buildings

Parts of the rest of this attractive neighborhood also gets the late day sun coming in from over the Creek. 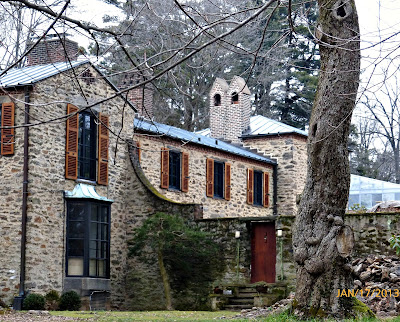 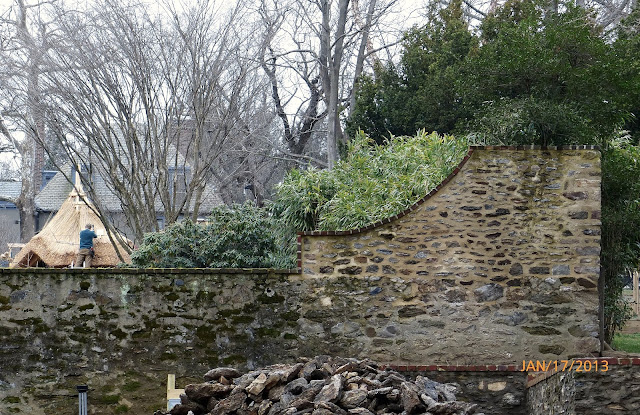 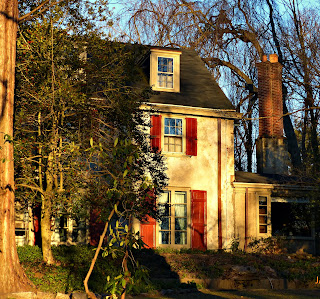 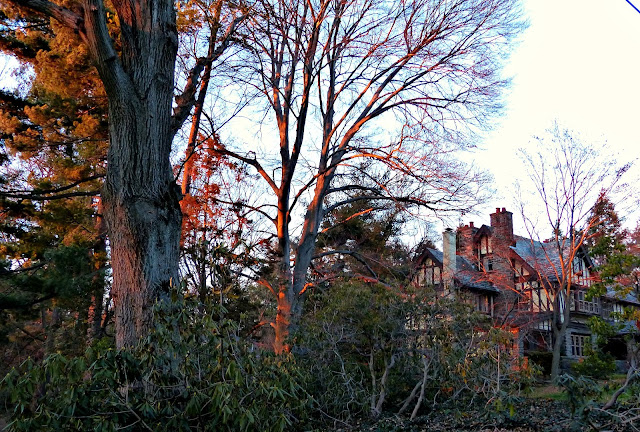 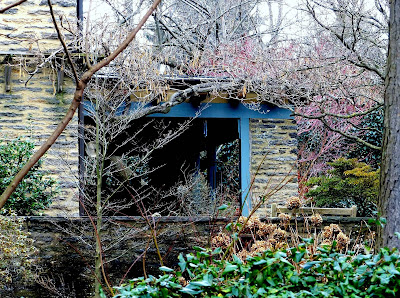 Makes it easier to go to sleep at night with scenes like this dancing round your head. 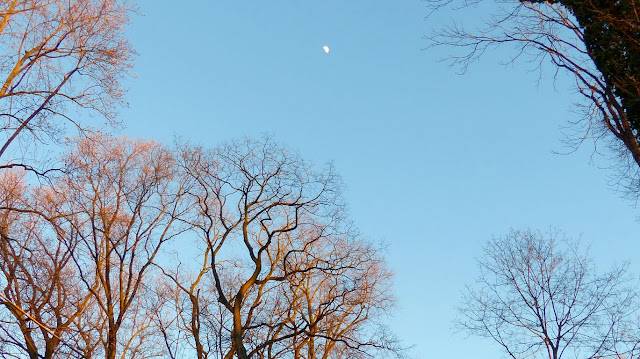 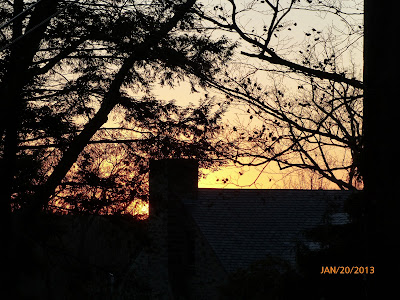 Posted by Kay Wisniewski at 7:18 AM