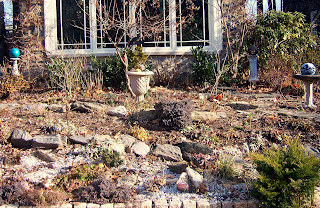 I need a rose. 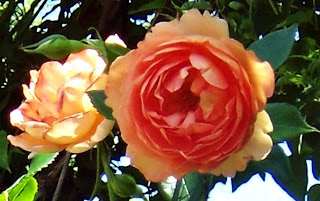 Yes, that helps. It is not easy to write a gardening blog in these months, especially if you want to avoid the usual winter cliches. Looking at the local architecture that holds up our gardens, cradles and rocks them, is a partial solution, but not an entirely gratifying one. The light is hard, the buildings unsoftened. I need more roses. 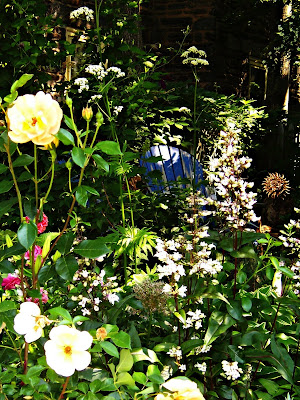 Yes, better.  One of the drawbacks of bleakness, which feels like nature's boredom, can be a lack of solid inspiration. And without real inspiration I may start to extravagate (no, not a word but should be (OED--pay attention! (Like Auden, one of my dream aspirations is to coin a new word and get it credited there; unlike Auden, it's a dream aspiration.))) To clarify, to extravagate means to unthinkingly exaggerate to a point almost past truth (though a kernel remains.) It lacks malice but remains an easy temptation for those of us who are of imagination a bit too compact. Itself an example of extravagation, it is a word that I made up in High School without realizing I'd made it up. I extravagantly extravagated exaggeration into extravagate.

In short, in my last post I extravagated. I dissed mansions and castles. I do not really dislike them, just the more money than taste ones.

And now, keeping on theme,(yes, there is a theme,) I am going to slip back towards an earlier post, "Roses in January," and fill in some information I did not include in the earlier post on The Red Rose Girls.

Below is a picture of Cogslea that shows more of the house and less of the caryatids. 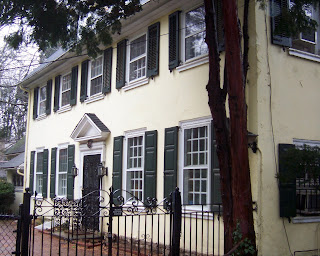 And here's one of Cogshill from the back 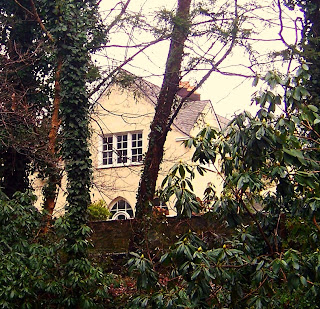 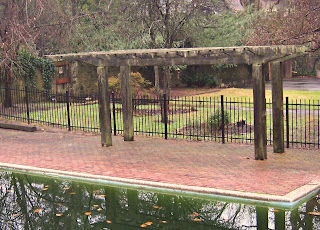 And here is a relevant illustration from Elizabeth Shippen Green's scrapbooks at the Free Library of Philadelphia. 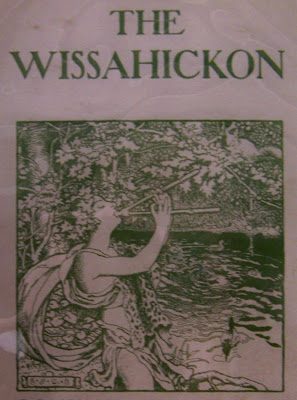 And I also want to add a caveat, that this is an informal blog. Like informal correspondence and other forms of informal writing, such a blog is not meant to be read as a solid reference source. I try to be accurate but I do not fact check everything. For instance, I made a mistake about Edith Emerson in my earlier RRG post. I have gone back and corrected it as I value accuracy.  At times however, I can find even myself a bit too transported by the act of writing, and end up extravagating reality's rose into a slightly stranger flower. So please, take this with a grain, though not a bucket, of salt. I know I do. 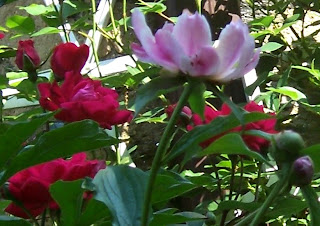 Posted by Kay Wisniewski at 6:46 PM