The Golden Work of Happiness

A lot of these posts are about how happy the garden makes me, which it does. From them, one would think that I was born to happiness, which I wasn't. Oh, as a kid and pretty young thing I had all the usual natural exuberances, but even as a kid I had inexplicable periods of depression-- dark, passive times when I would isolate myself, numb to everything but pain. Because back then psych dogma did not recognize childhood depression, it was not until I was in my early 20's that I was diagnosed. 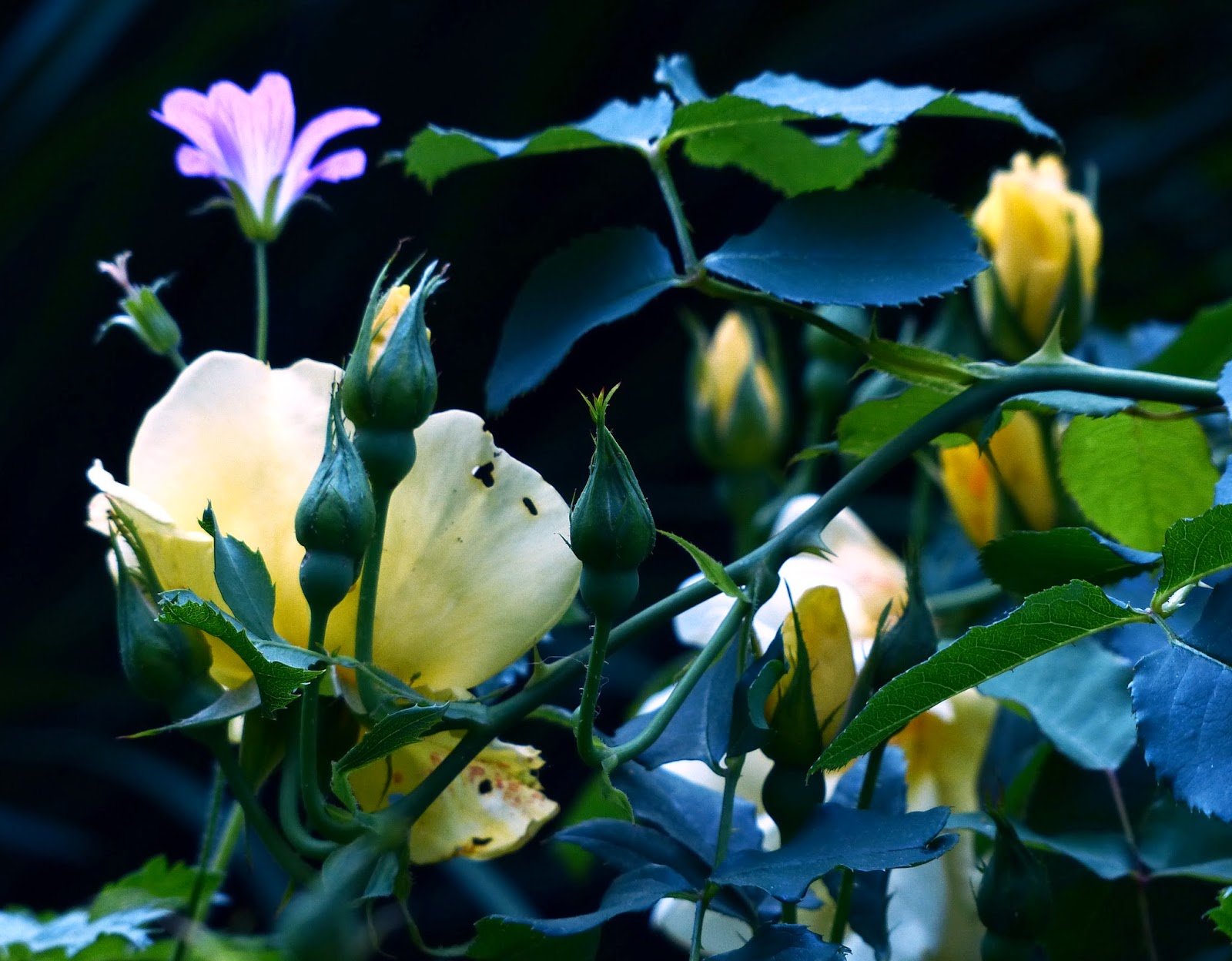 Adulthood has been a process of realizing how genes, family history, culture and my own choices have contributed to habits and actions that influence my happiness.  So much for the post-war, baby-boomer myth that happiness naturally flows from life. Maybe it does for some people, but for people like me, happiness takes work. 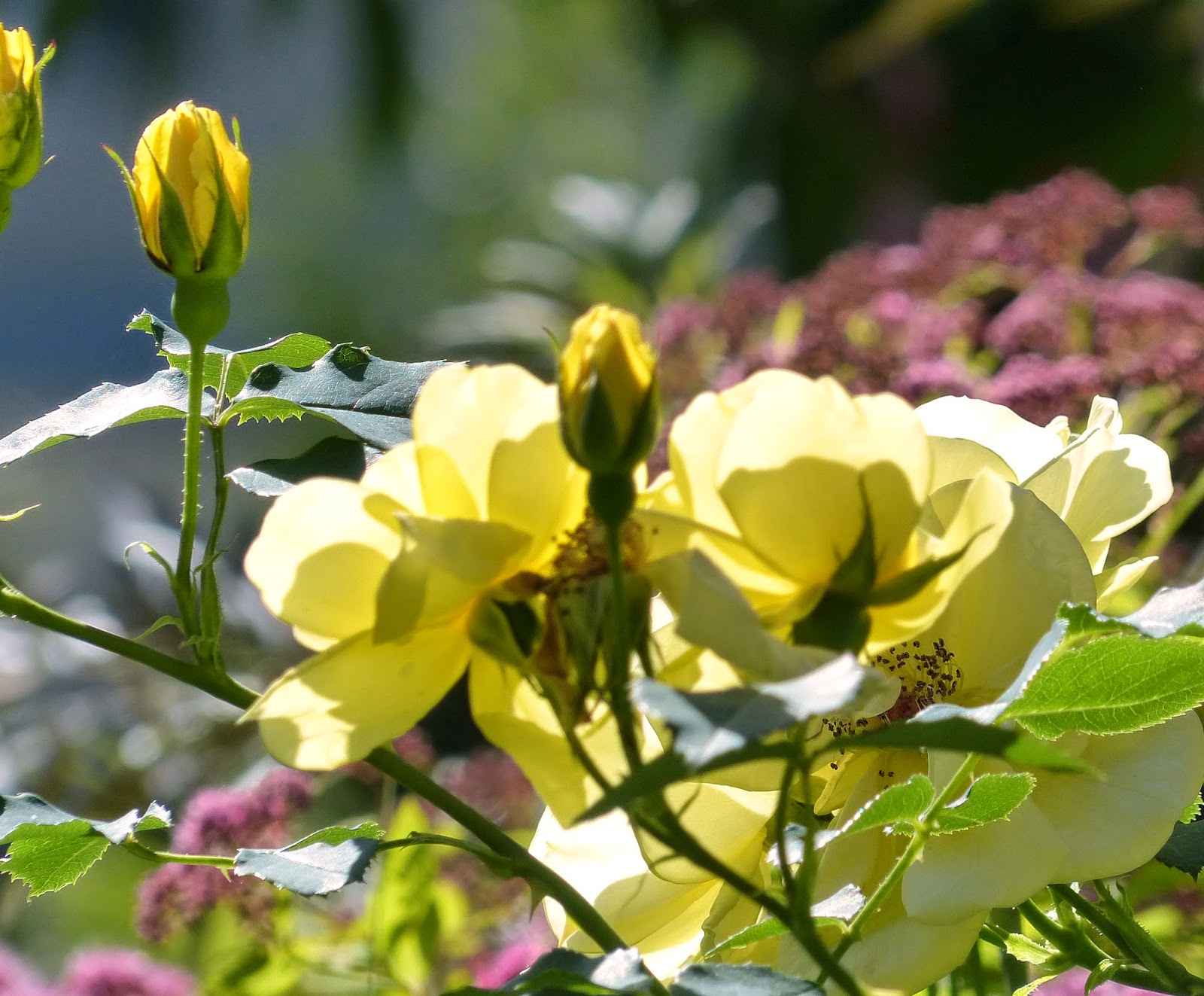 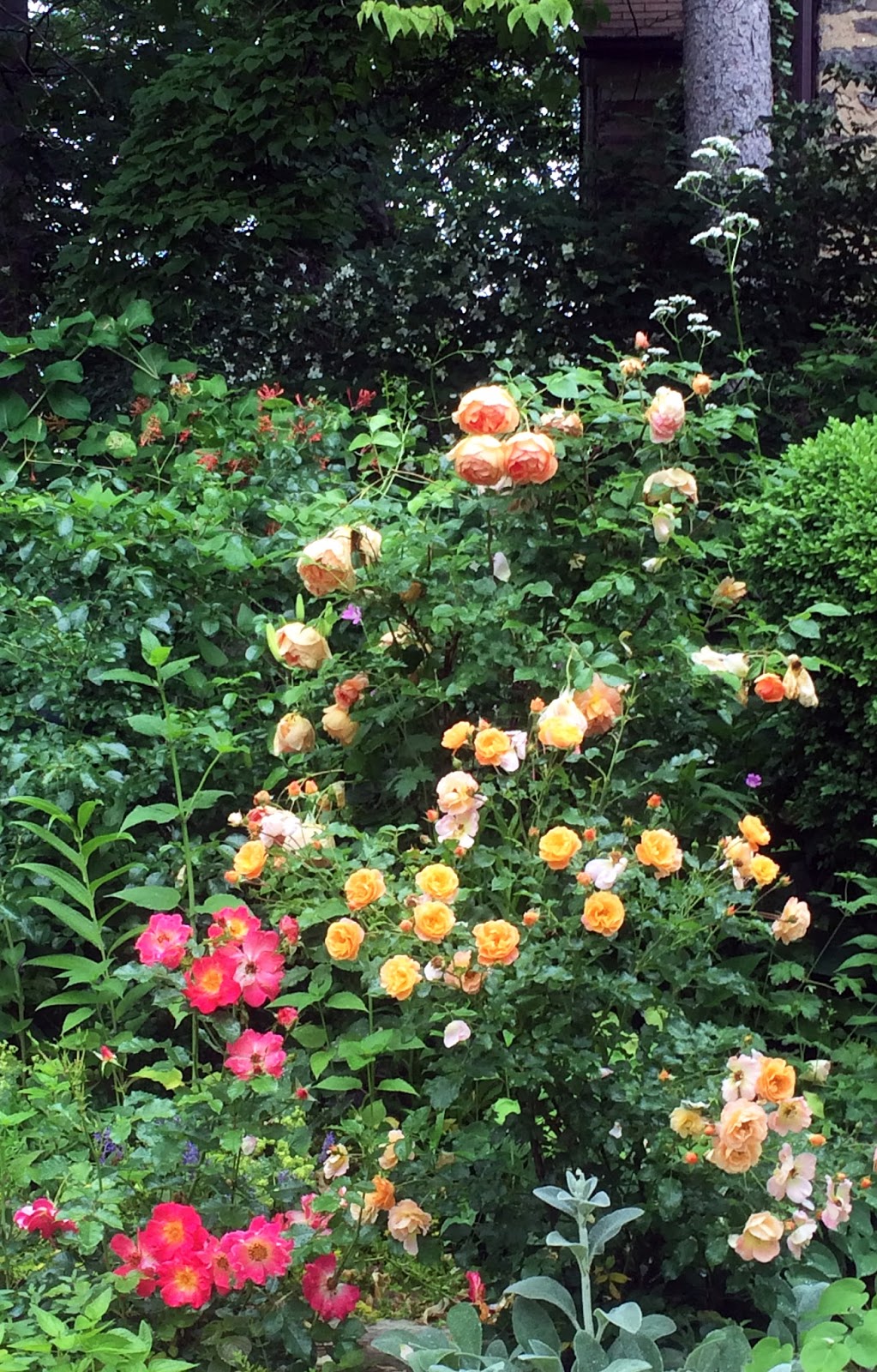 It has meant continually learning  how to better adapt to our world without compromising those things that keep me whole.  It starts off with being responsible about finding the best meds and taking them. Luckily for me the meds have improved over the decades, allowing me to prosper in ways once not likely. But meds are not capable of changing the mental structure a depressive builds up over time, a pessimistic, negative, defensive misanthropy that hides 3/4s of the worlds glory. To change that means work, the exhausting work of self-monitoring.

Slowly I have learned how to frame my thoughts in less destructive ways. Over time it has become more natural. Growing up in a world where intelligence was proved by biting, disparaging wit, and knowing that intelligence was the coin I'd been endowed with, it has not been easy to walk away from such a self-validating mind set. Religion has helped. 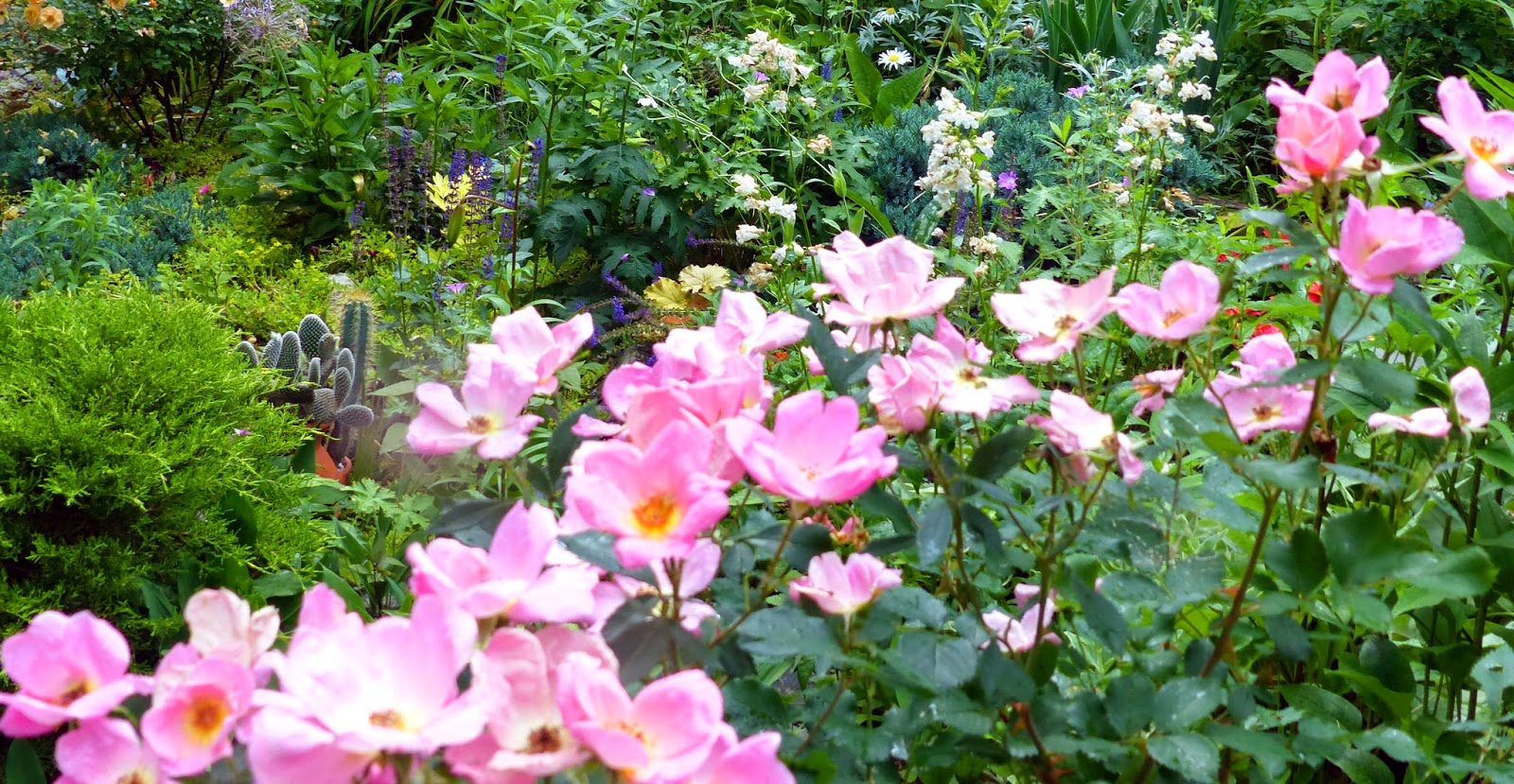 What we pay attention to does influence the people we are and become, just as choosing to plant  easy-care shrub rose instead of fussy varieties makes a difference over years in the garden.

Chose the right roses and, even in the rain, beauty remains. While in the sun, well, the accompanying scent is, that's right, breathtaking. 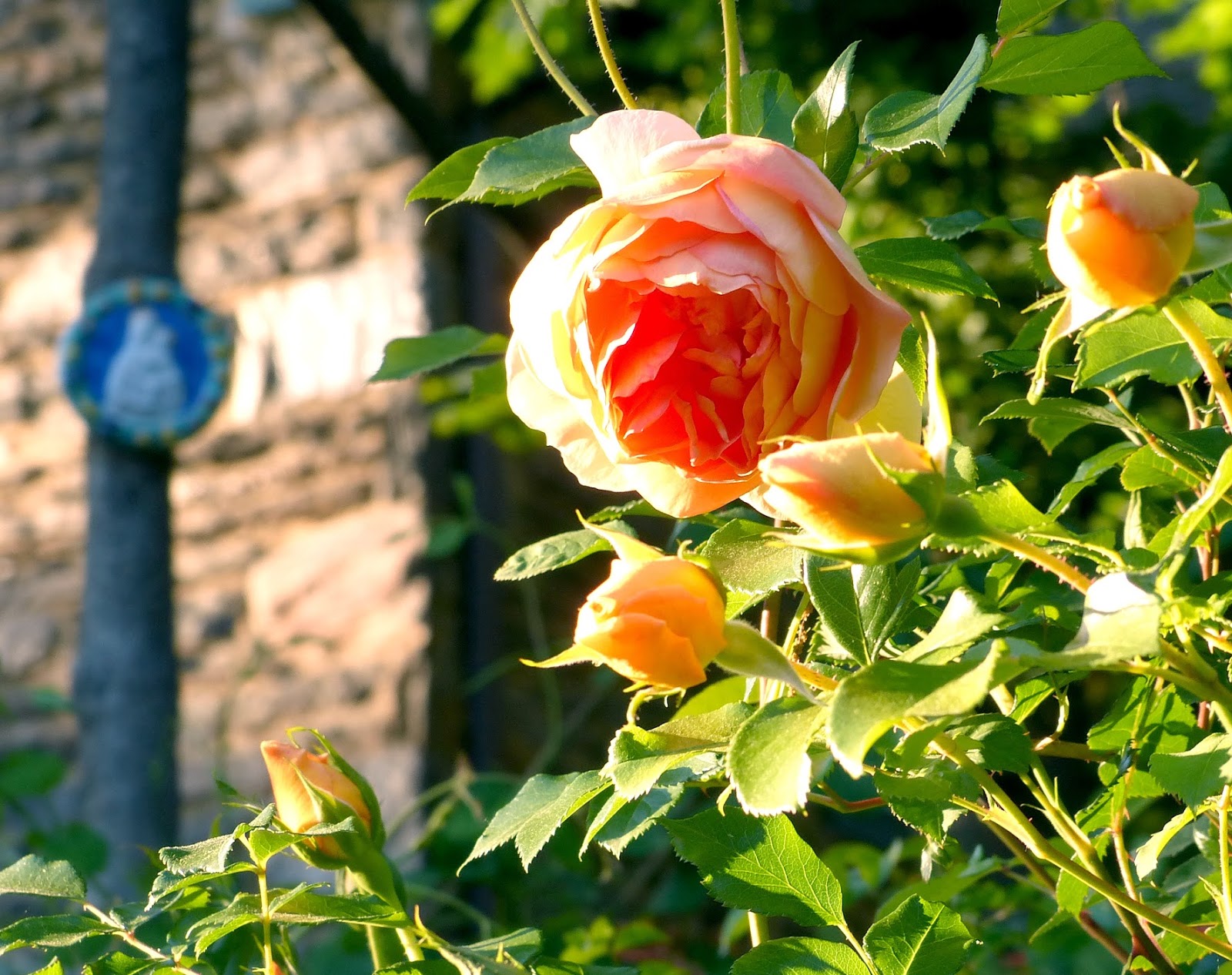 Aristotle pointed out that the point of life is happiness, but his definition of happiness is different that what we presently might call happiness. For Aristotle happiness meant the cultivation of virtue, cultivating a discipline derived from a set of essential values such as: compassion tempered by practicality, liberty tempered by civility, privacy and sociability, courage and self-restraint, justice and  mercy, toleration and temperance, and so many more. But always virtue had be balanced by a Golden Mean. 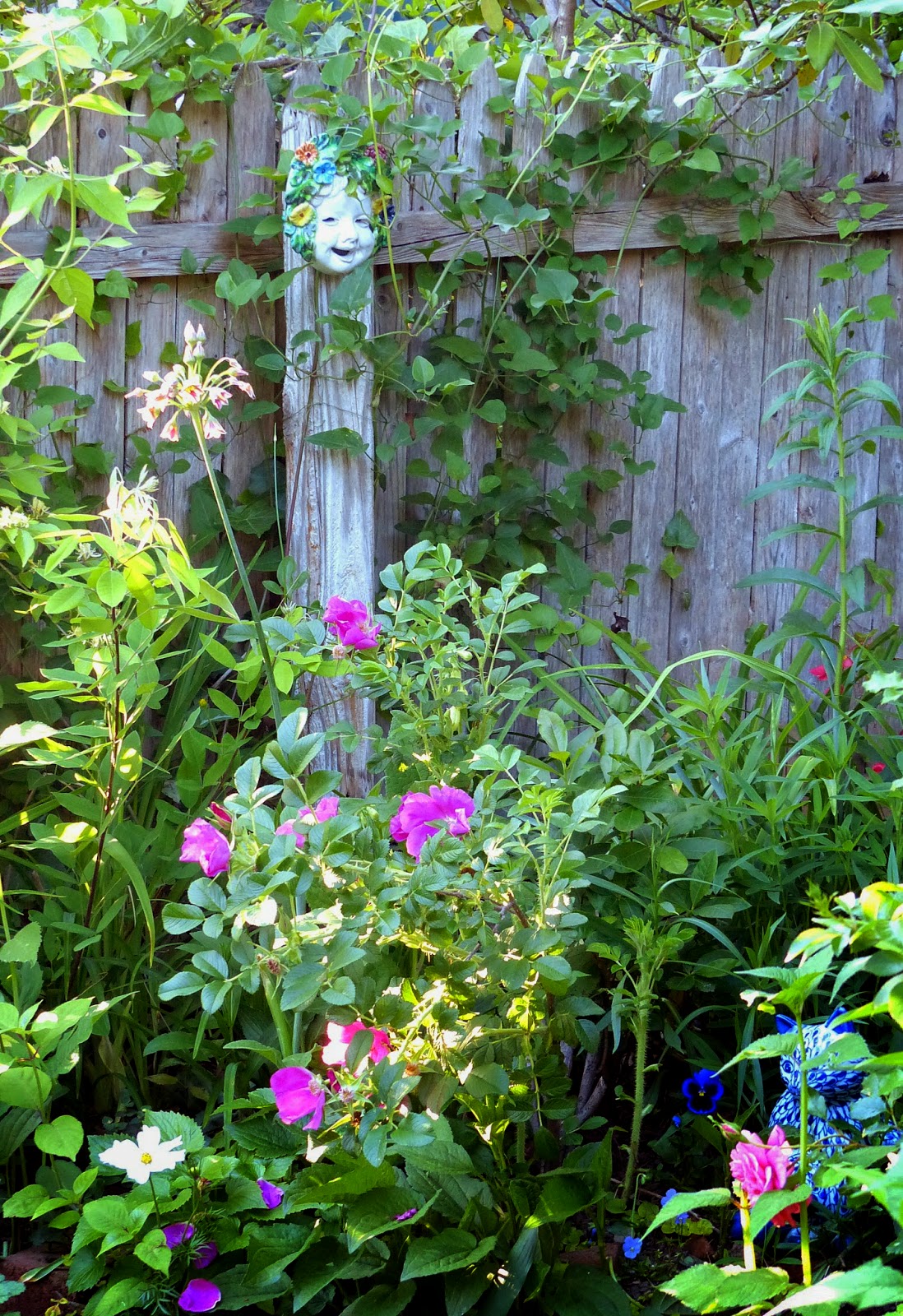 Moderate Liberals like me have become somewhat cowed  by the intellectual fashion of assuming that everything is relative, that all values depend on nothing but subjectivity, and that the only bad judgement is to judge someone else's judgement. I've talked in earlier posts how I think that's balderdash. Some principles work better than others; some principles are better suited to a happy life, some aesthetic choices really do produce happier results. Most vices, most uglinesses, are goods gone out of wack with the bigger picture. Some self-interest is necessary for a happy, productive life. Too much self-interest and you drive away your own happiness. Change is constant but basic, balanced virtues outlast most mutabilities. And the idea of a Golden Mean--that liberty and compassion can, should and must temper each other, feels like an idea America has completely forgotten. Which is silly of us, since it was so central to the Founder's mindset. 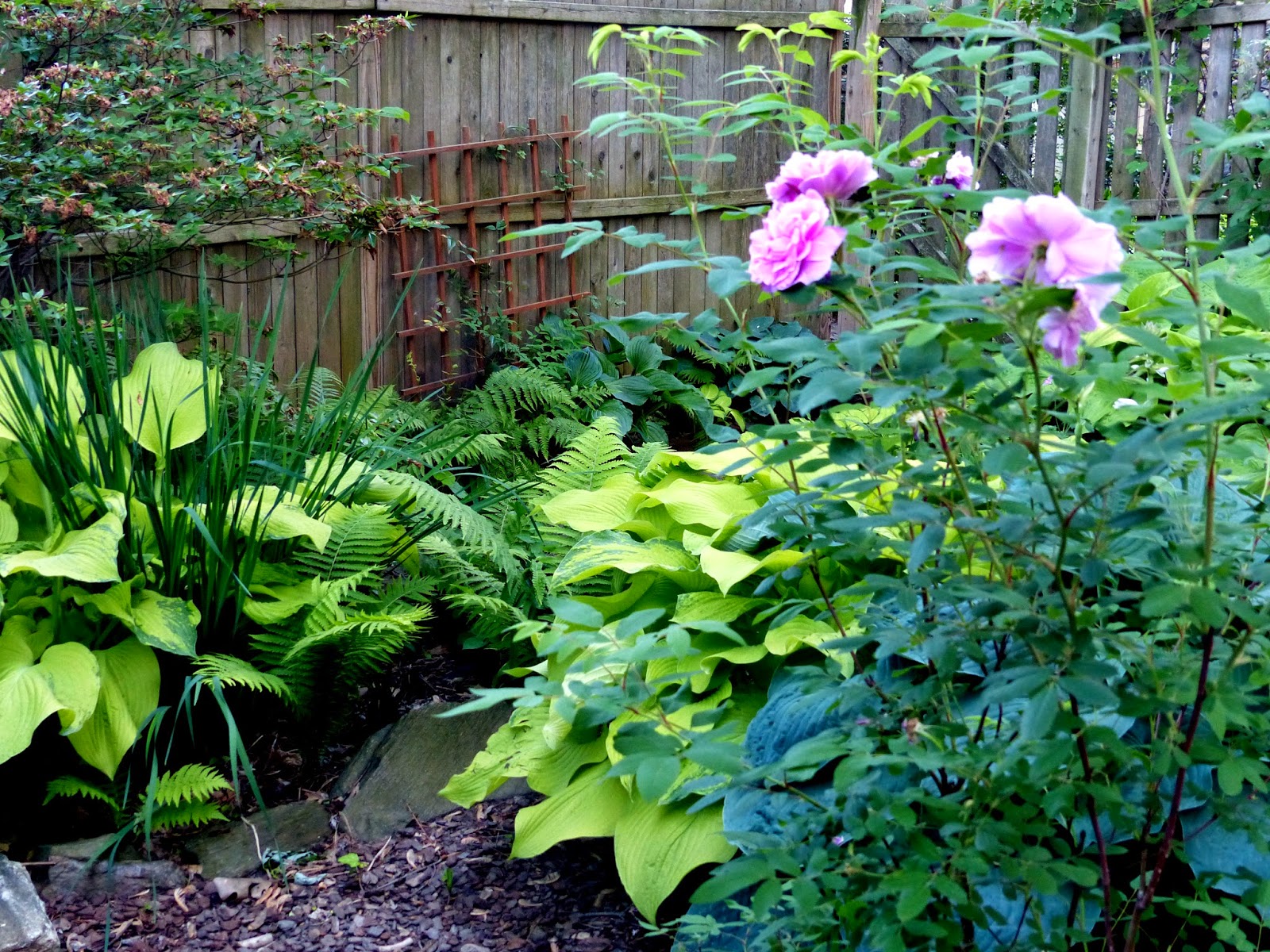 So enough of the small and big pictures.  Here are a few more pictures of roses, and of a garden that is presently a joy in its ever-changing balance. 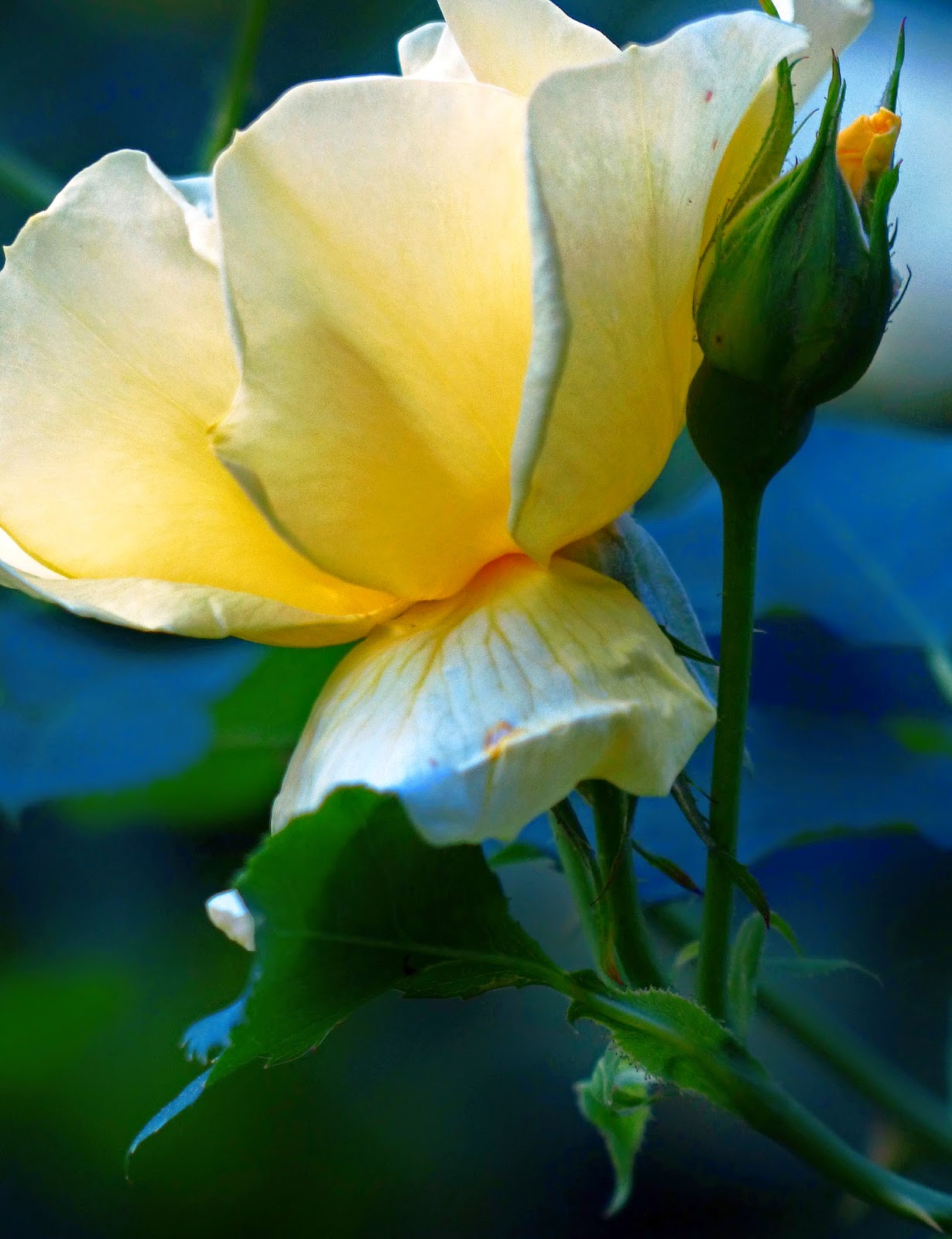 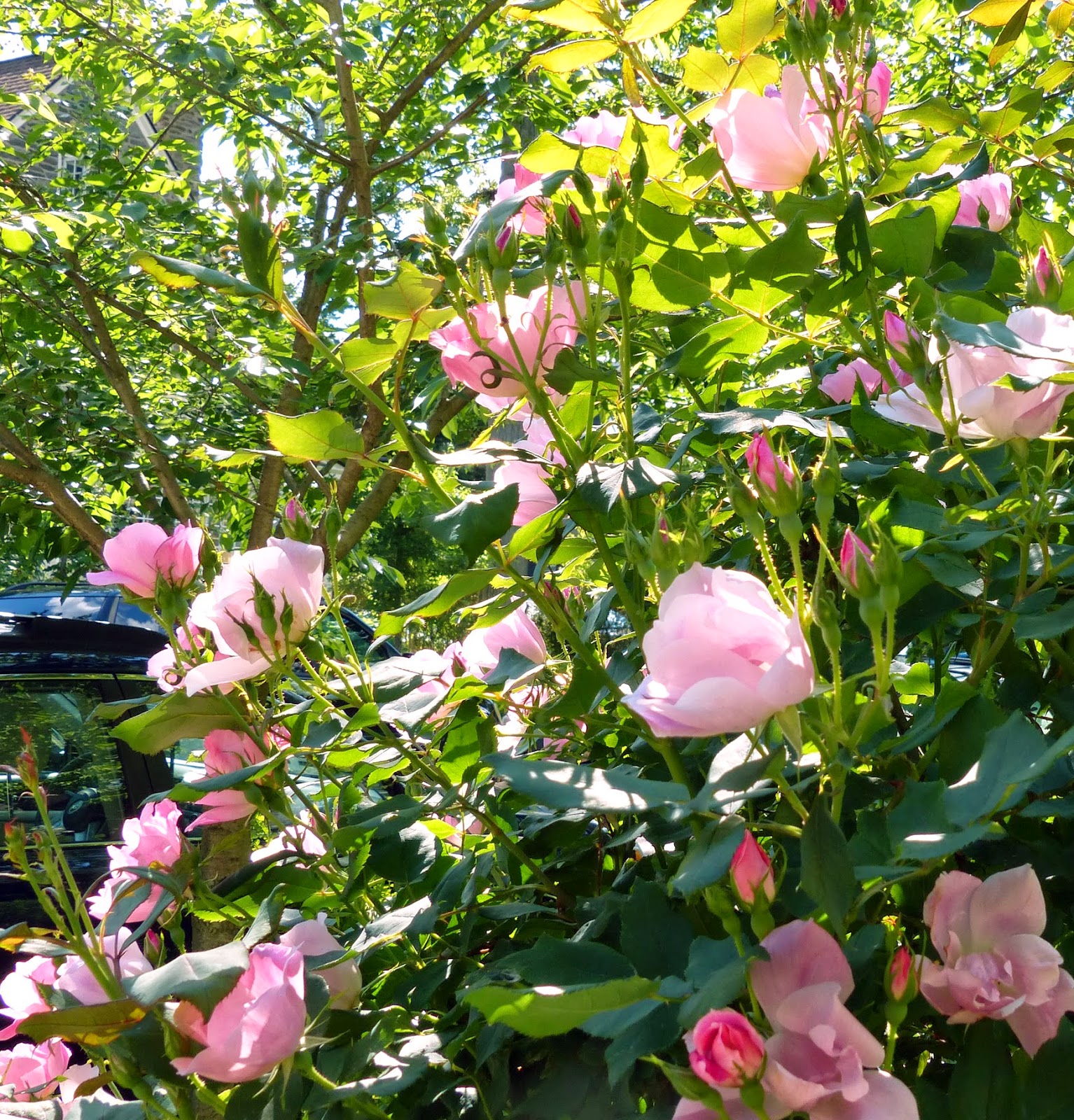 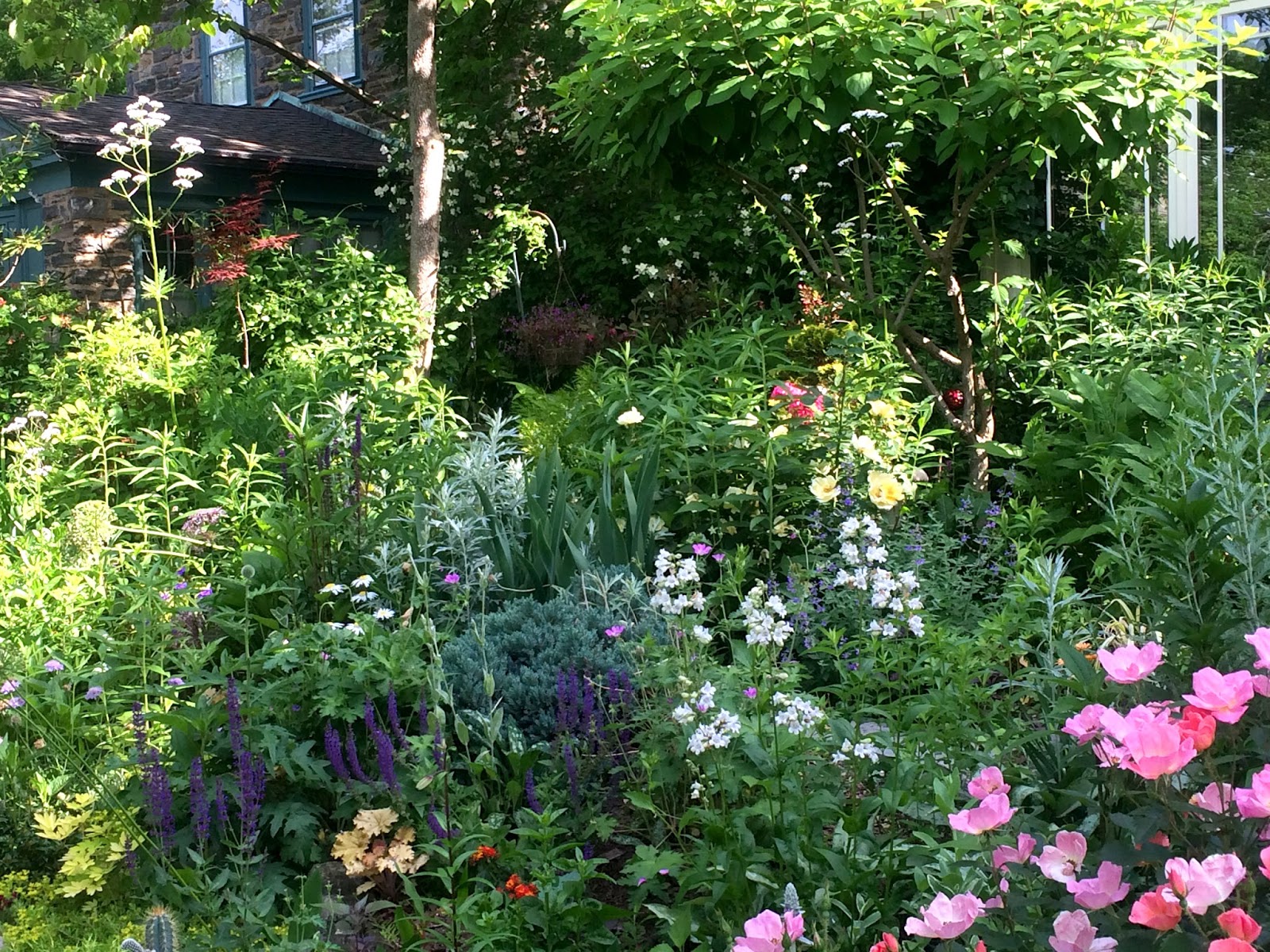 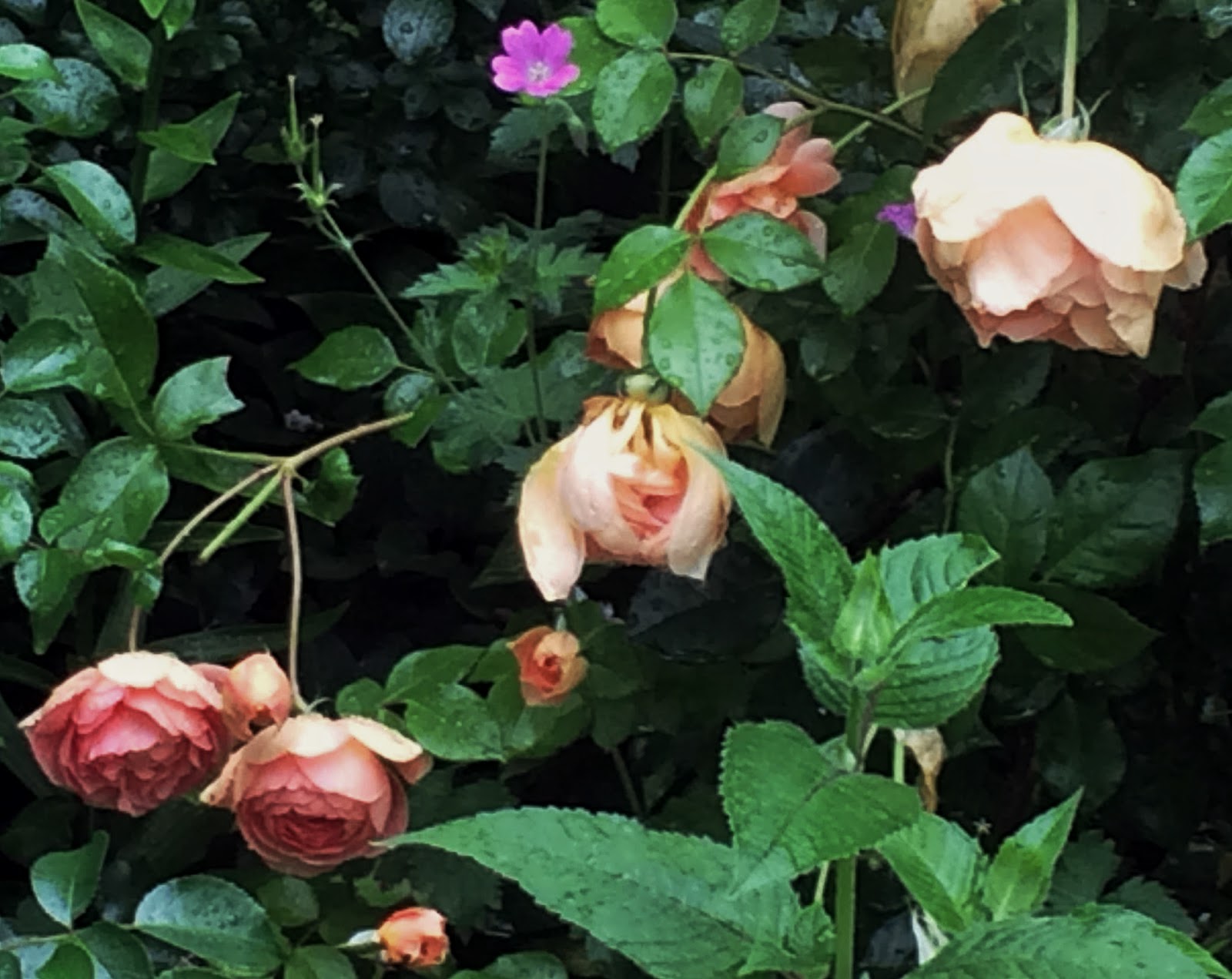 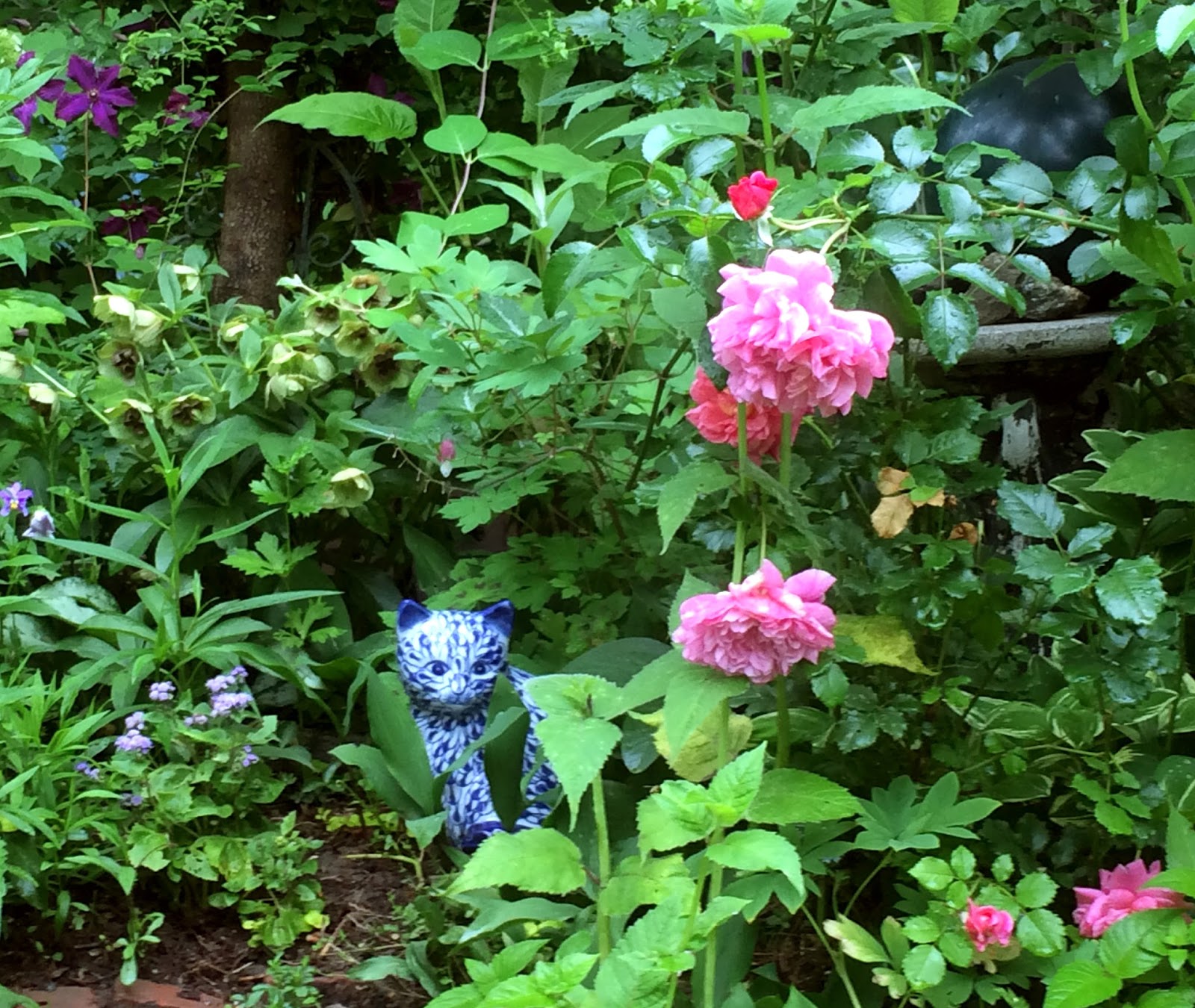 Posted by Kay Wisniewski at 5:00 PM