What Makes a Style? 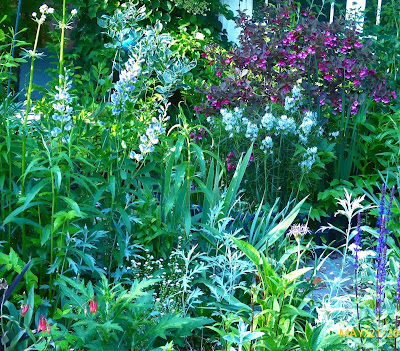 Why do we like what we like? This week I've realized how much exciting times from my childhood have shaped my sense of style. 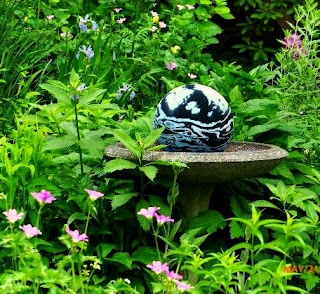 My small garden does not follow the usual  good taste model, that of planting in large drifts, with many plants of the same variety planted together. Large drifts work well for larger gardens, but for me, it can get boring in a small one. My eye needs to roam. It needs to be drawn in and then drawn forward,  moving in expectation and delight till it takes its moment of rest at a particular cynosure, only to re-energize and take off again.

Growing up one of the most exciting things I could do was visit my Dad at his office in Hanover Place near Wall St in Manhattan. Which was very different than the city where I lived and spent my usual days. 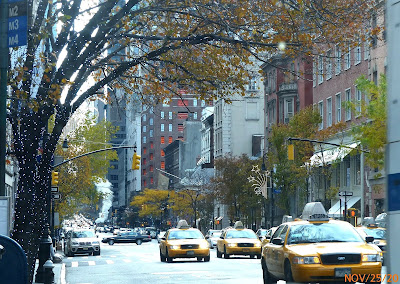 The city I knew was the spacious grid of the East Side where light shone thru wide canyons that opened up in logical right angles. It was a spacious, rational, prediciteble world where 65th Street followed 64th, where the blocks were all the same size and views were long and  unobstructed. But down around Wall Street was a different world.

The streets were small, cantered and illogical. The buildings were all over the place and almost seemed to be falling over each other.

This new, hodge-podge city was wonderful to me because I was with my Daddy and it was his world.

Everybody knew him, many called him affectionate nicknames I'd never heard of. Through good and ill it was his kingdom. He loved it and came fully alive there.

Above, you can see him as he is today, or rather as he was a few days ago, on his 100th birthdy, when he rang the closing bell at the New York Stock Exchange. He, I and the NYSE are much different from what we were when I first saw Wall Street in the late 50s, early 60s -- but the geography of the place remains the same. And now I am old enough to be conscience of its past and present effect on me, and how it has perhaps inspired and strengthening my delight in fetching disorder. 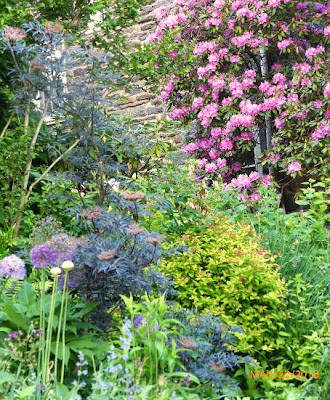 So perhaps this is why, whatever I'm creating, it will usually have a combination, a balance, of order and disorder. My garden has its quinquinix structure, over, around, thru and about which, runs perennial plants acting like random meadow annuals.

And here I am below as a teenager with my dad in his salad days. He and my mother (as I mentioned in my post about Fleur Cowles) have influenced my style in more ways than I can say, for childhood loves make for much in adult life. Our styles, if authentic, often come from what we have loved, and how strongly we have loved. 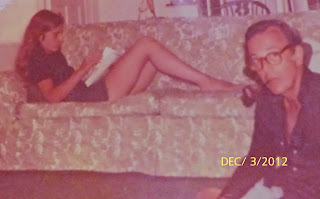 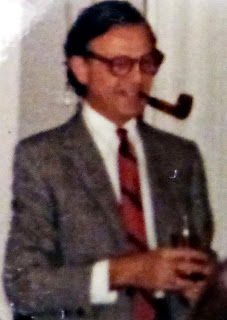