The Easy Beauty of Quince and Bluebells, with a side glimpse at the Golden Apples of the Hesparides 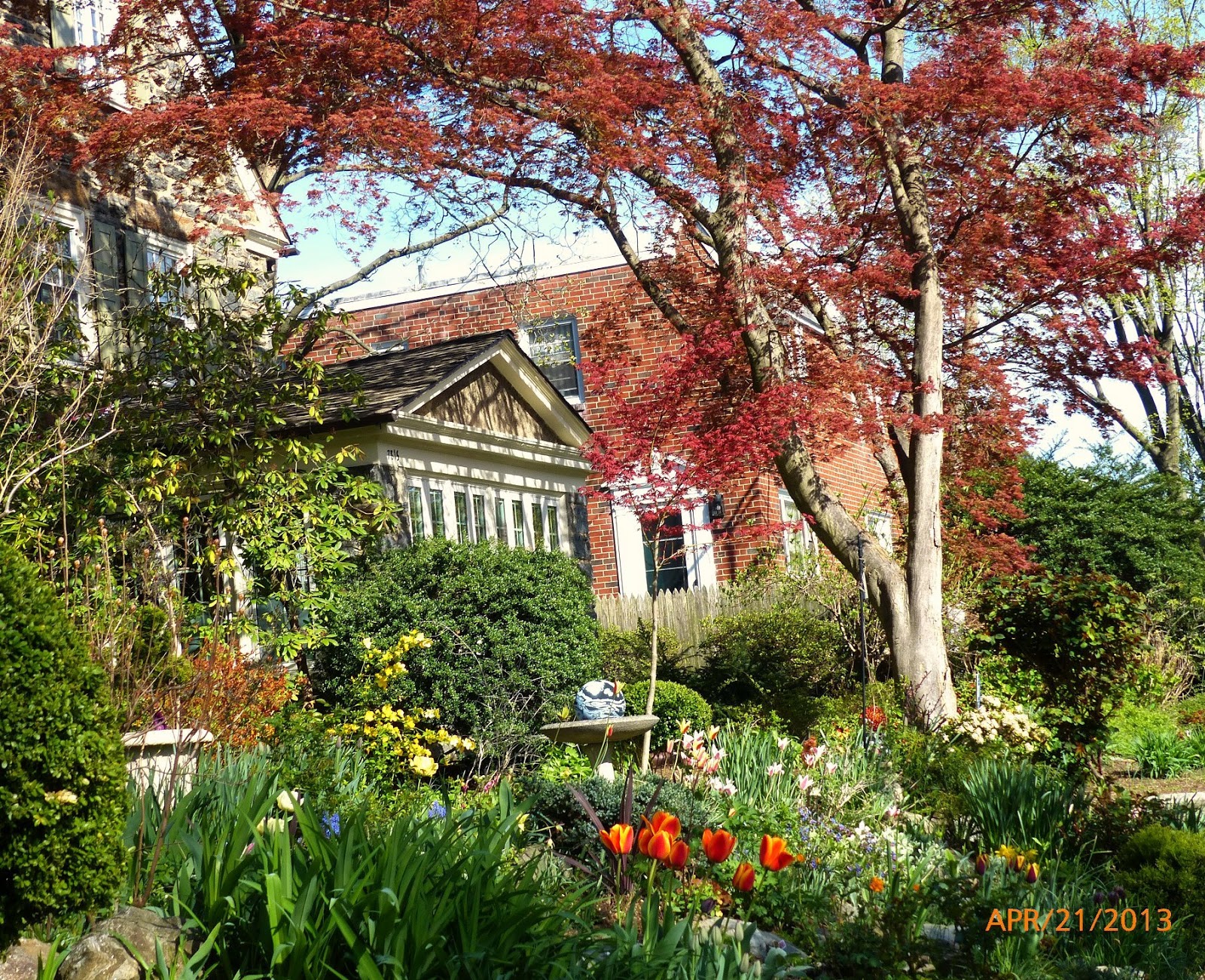 This time of year it is hard to chose what to write about. So much is burgeoning forward.  In past years I've written about old-fashioned tulips that come back along with kerria, as well as lungworts and hyacinths.  This still leaves too many choices from the bulbs, shrubs and early perennials that appear around now.

But even spoiled for choice, it is hard to resist this: 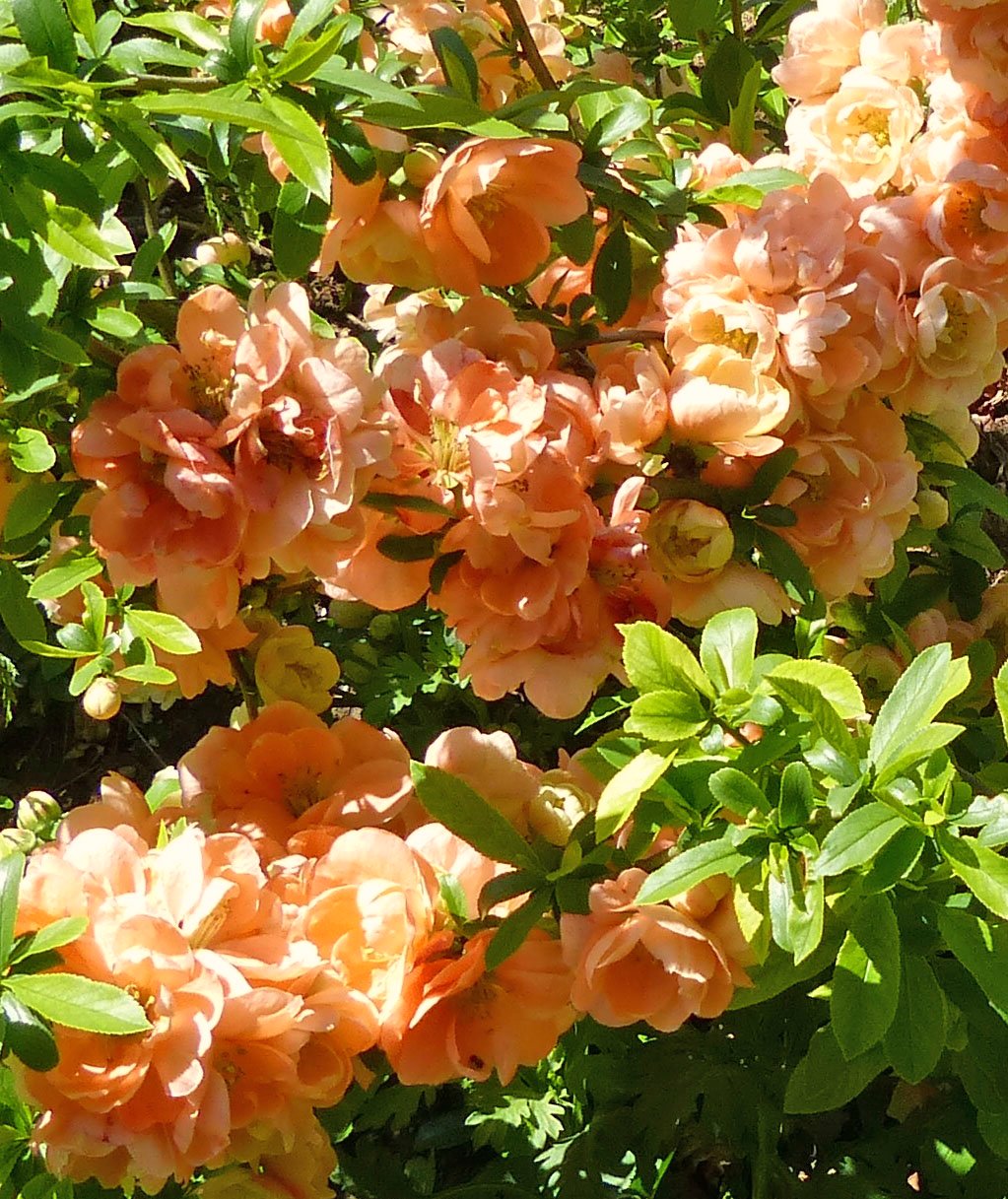 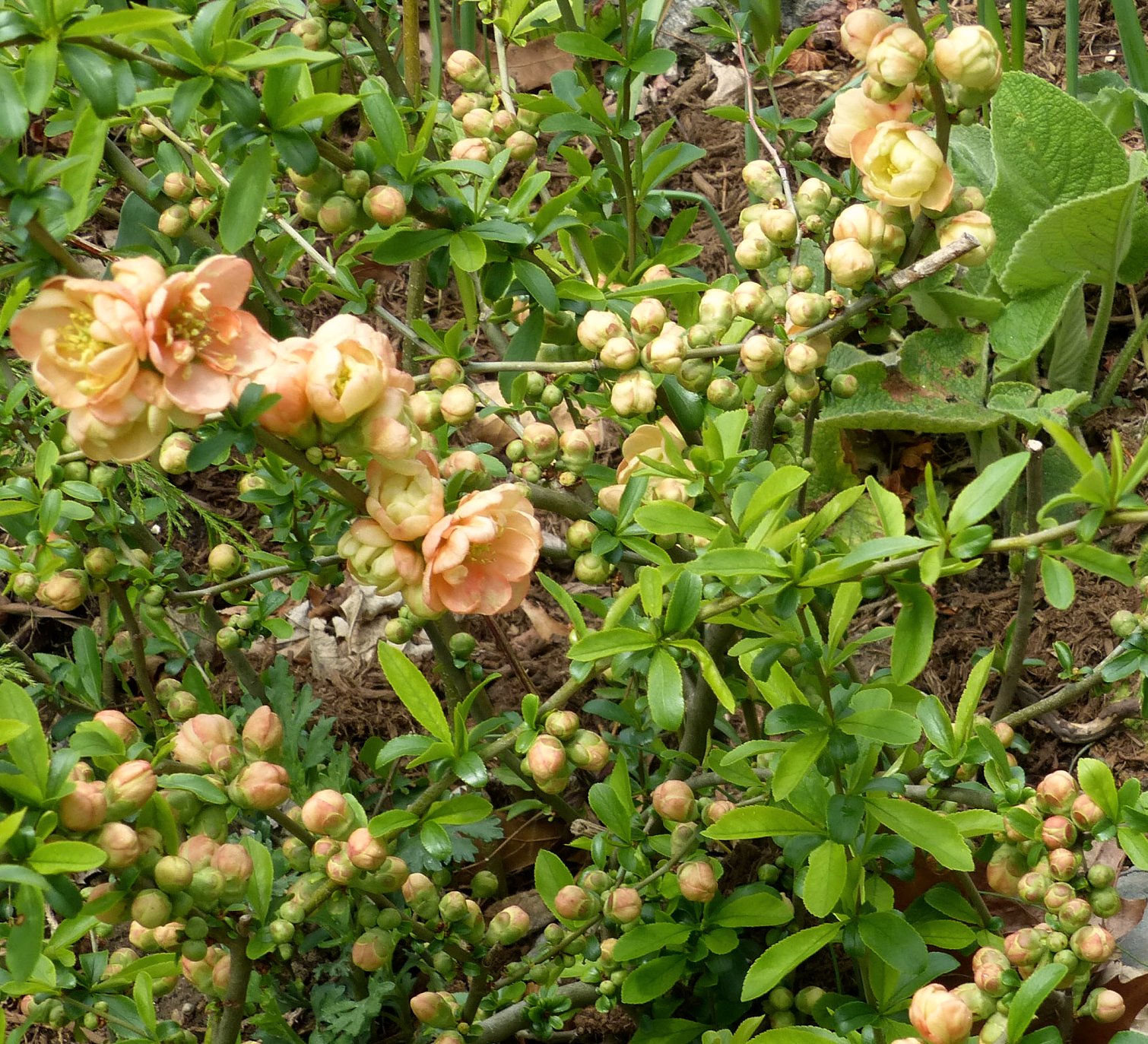 Extraordinary, yeh?  Well the ancients thought so. Well before there were any sort of noteworthy apples in Europe there was quince, called the honey apple, a hard fruit that has to be cooked and mixed with honey to be edible. And these were its flowers.

Above the blooms are in full flower; on the side they are just starting, most of the blooms are just pale, round peas thickly clustering the bough. So when they bloom it is like there is hardly room for them. No roses have ever clustered so densely.

My bush is Chaenomeles x superba "Cameo. "  There are varieties that have orange or red flowers, but I like this color best --its crayon could be called "Caucasian Flesh."  And yes--quince is originally from Caucasia.

It is absurdly easy to grow in sun. In fact, the only real effort needed to tend it is to offer a periodic douse of  restraint. It grows to about 5 feet to five feet, so keeping it within three feet by three feet (best size for my small garden,) means I need to prune after bloom and in fall remove the suckers that appear. That's all. Easy beauty, -- no wonder quince was decicated to Venus and said to be the apple of the Hesparides.

And do you know what else is easy? Virginia Bluebells. 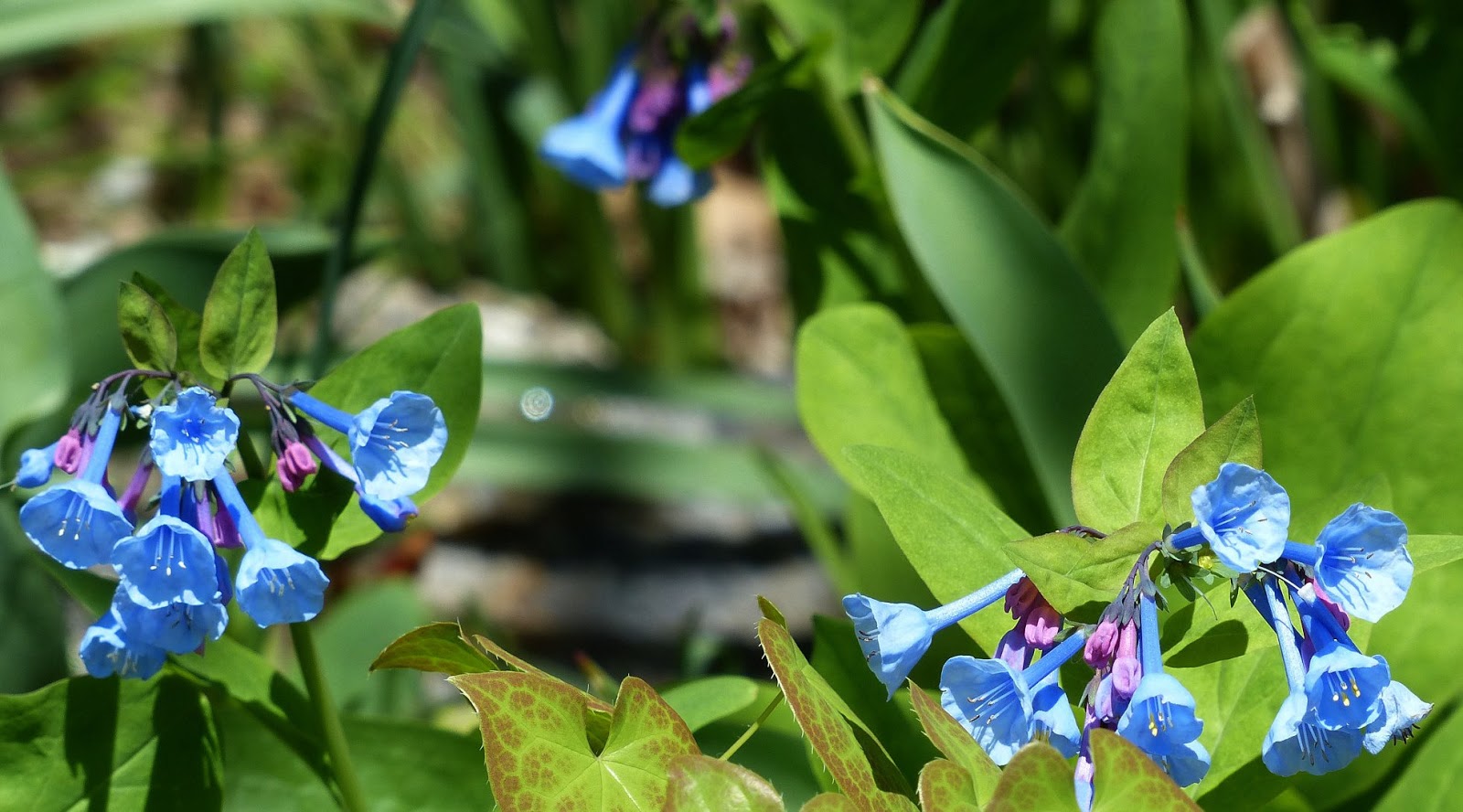 Nothing beats true blue in the garden (Caucasian Flesh may be a tie, though.) Bluebells, our native ones, flourish around here as long as they get some sun.  In fact, they spread. 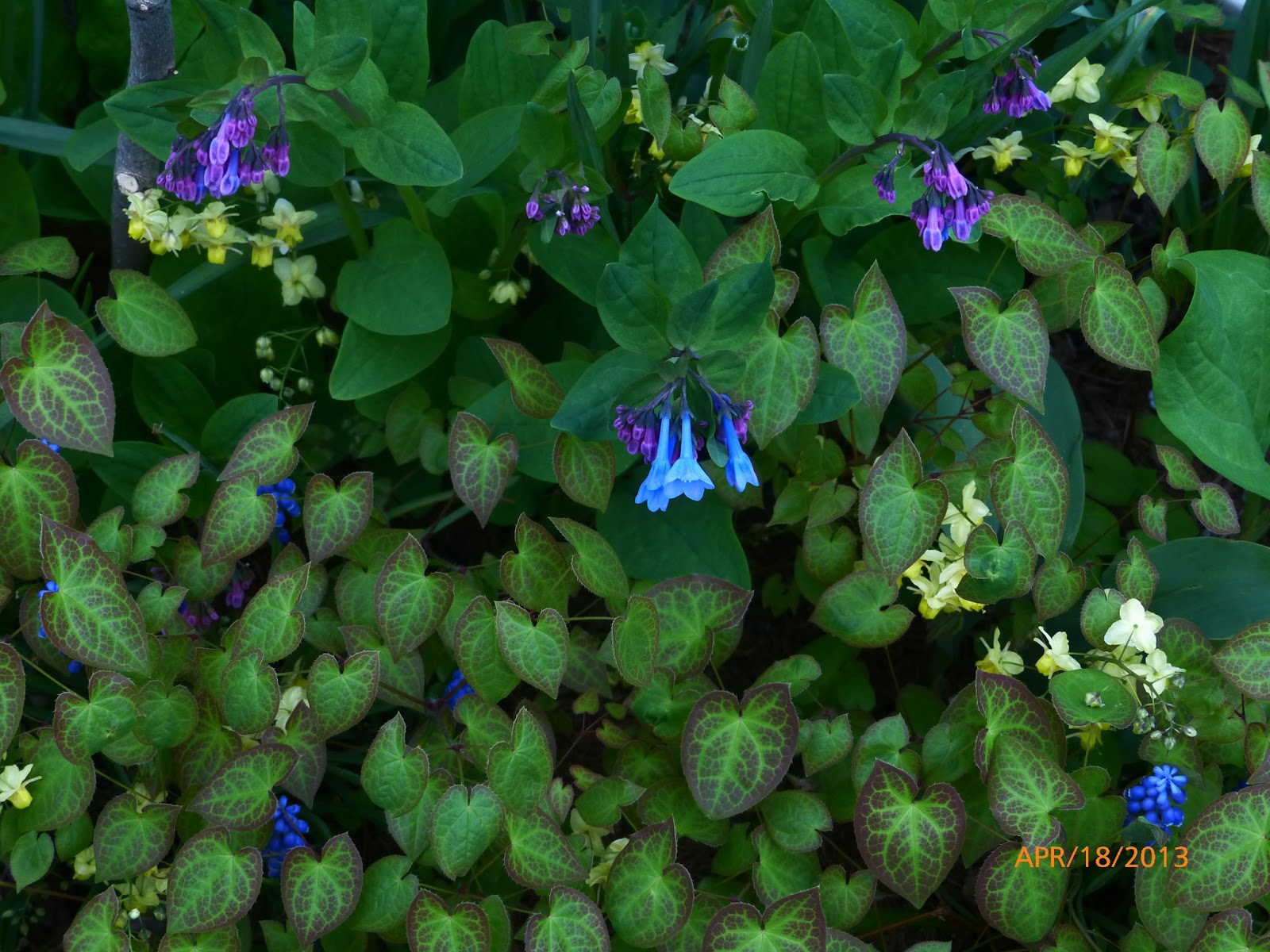 If early quince flowers look like pale peas, early bluebells look like violet fingernails. Thats right, like many true blue plants in the borage family, they start pink. Above you can see early blooms top right and left, the one in the middle has broken out into blue. They are all surrounded by epimedium, both the yellow flowers and the leaves, plus a few muscari. All this is right under a tree--normally a hard place  to plant. 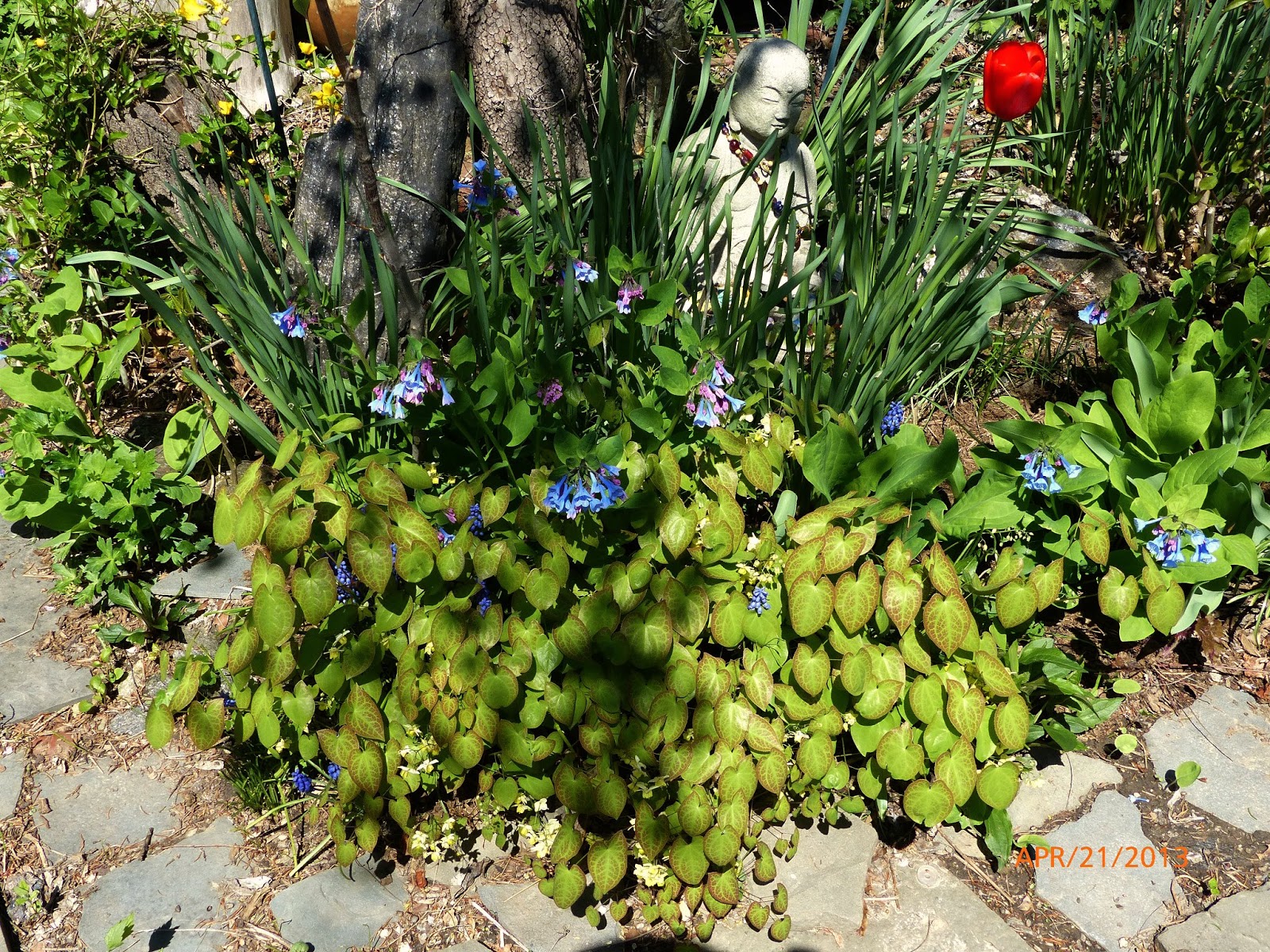 Here it all is a few days later, the bluebells all now beginning blue. I like having them with some epimedium, which is a superb, tough groundcover.  Because the bluebell is a spring ephemeral, after about three weeks of ever-enlarging bloom it will start to go to seed. And it's pretty round leaves will start to look charred and raggety. But said leaves will by then be covered by the epimidiem,-- which never looks bad. 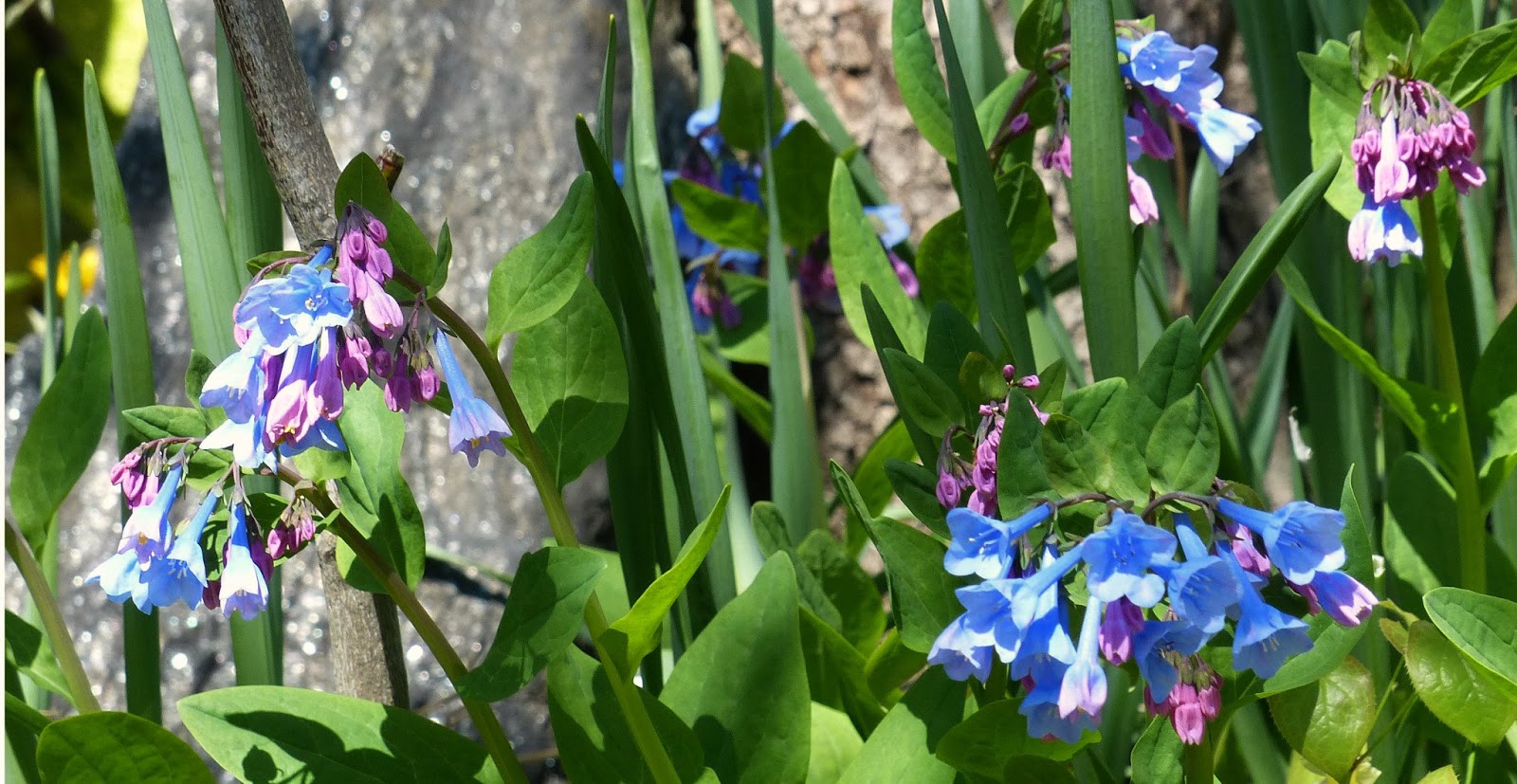 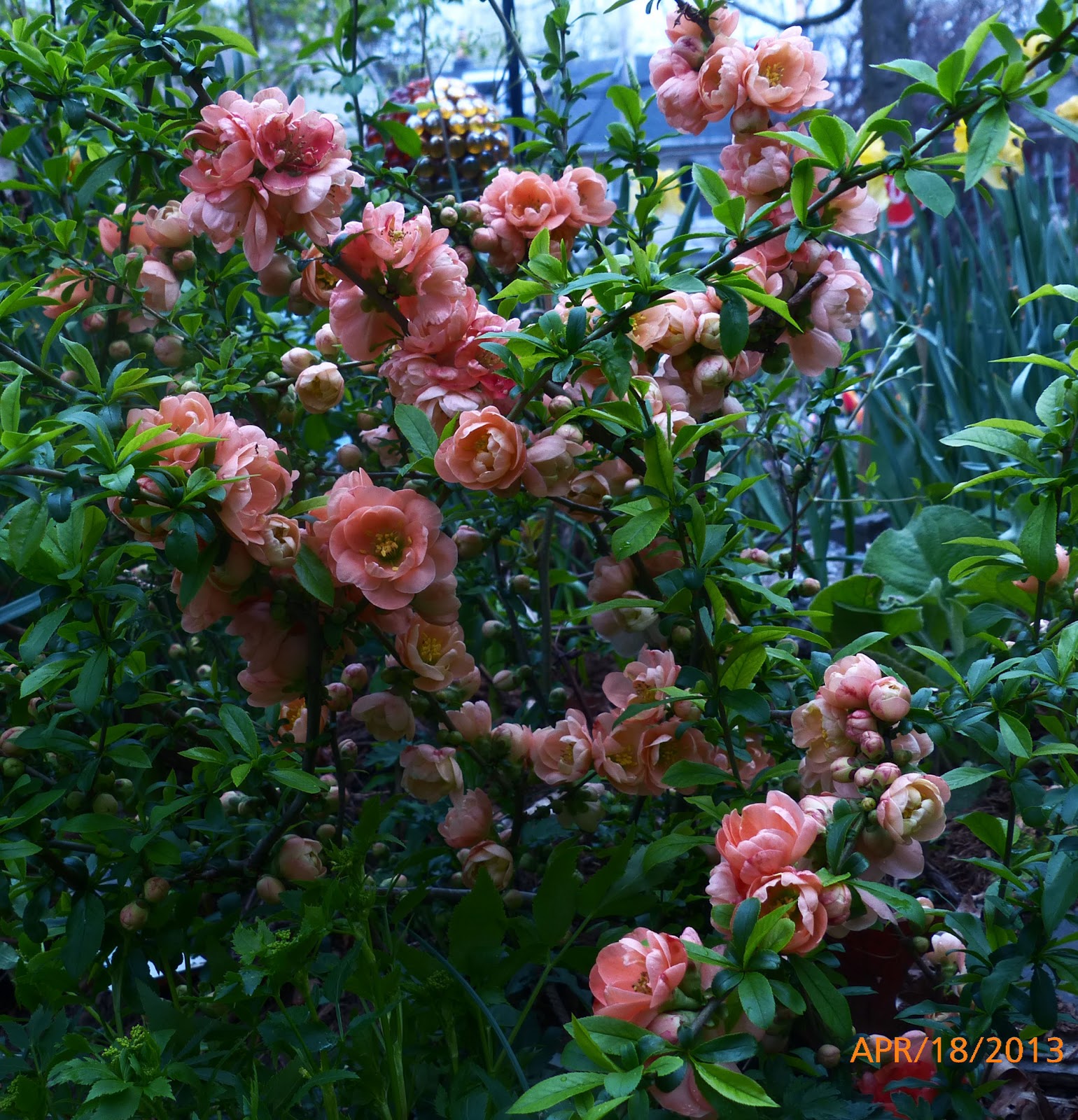 It's not hard, this time of year, to find easy beauty in the garden.

Posted by Kay Wisniewski at 1:55 PM