Whooping thru Transplant Time, with Bulbs 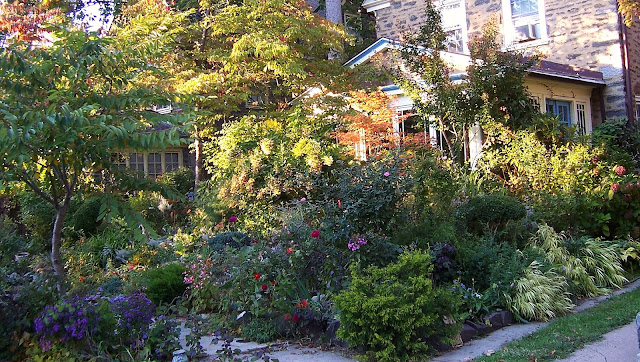 Happy Autumn, but not so happy for me. It looks like, or rather sounds like I've had/ have Whooping Cough, which explains why my brain has not been abuzz with potential blog posts, or much else. Add in my seasonal allergies and asthma, and a good description would be--feels like being run over by a truck. But not as serious in adults as children. Its an old-fashioned disease, only back because of parents' trepidation about immunization. 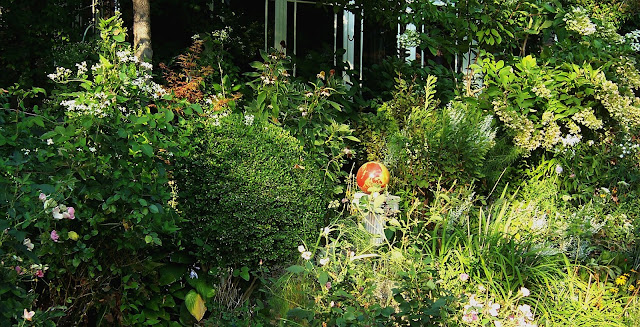 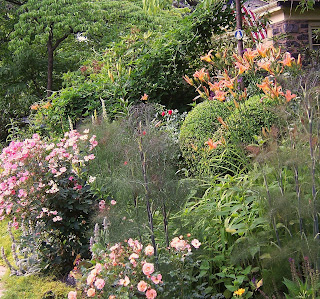 It also explains why it has been so hard for me to engage in my usual fall activity --transplanting perennials while planting bulbs at the same time.


A few weeks ago I set myself the small goal of getting rid of my overgrown fennel (Foeniculum vulgare). I love fennel--but boy does it grow. It is a great foliage plant, its spindly leaves form into soft olivey clouds that contrasts with its  its teal-grey stalks. It adds interest to whatever is around it. 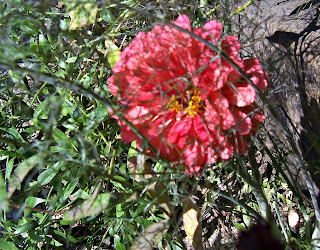 It is a cooking herb with an anise flavor. I've sauteed it's yellow flowers and fresh leaves in olive oil with garlic and onion to toss over pasta. Quite nice.

The yellow flowers bloom in July and August and then they turn into seed heads. Each seed is about the size of a pine nut with a softly anisey, sweet flavor. Parents used to give them as a special treat to their children during long church services, back when long church services were common and sugar was rare. 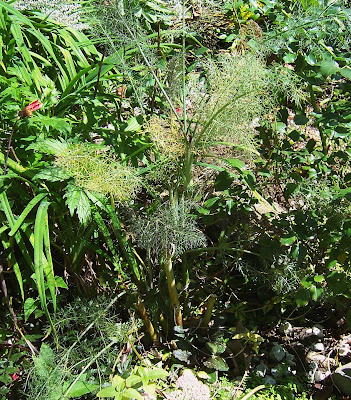 So, though I like this plant, I can't let it take over my yard.  On the right is a pic of a clump I cut back before digging it out ( it can grow past three feet high and one foot wide.)  I barely managed to leverage it properly. Its roots were large and took considerable prying out. I love using a transplanting spade, which is about 8 inches wide but 24 inches long. It allows you to slide in deep under the plant, which really helps if you do not want to wreck your back.

After it popped out I dug the hole to be  wider. Into the hole went tulip bulbs, which were covered with a thin layer of dirt, Bulbtone and hot sauce. Yes, hot sauce. Squirrels do not like chili-laden earth. Next layer was hyacinth and squill bulbs, followed by the earth, fertilizer, hot sauce  mix, then came the peonies, white peonies planted very shallowly--then a whole lot of hot sauce all over the surrounding bare earth. 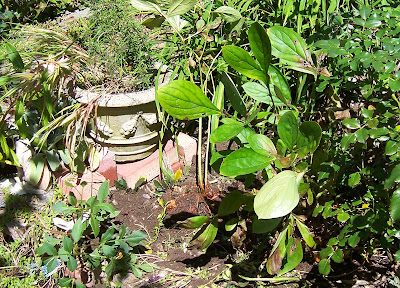 Not very pretty at the moment , is it. But come spring... you will see this sort of thing. 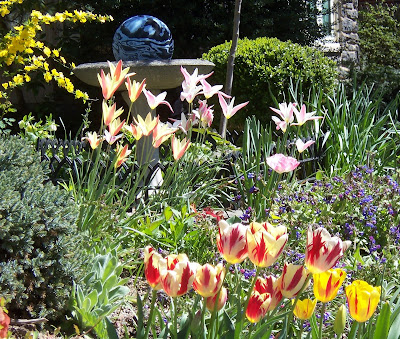 Which is well worth the effort.

I am planning to try roasting the fennel roots, which should be good. Fennel has seeded around other parts of the garden so I can spare these roots. 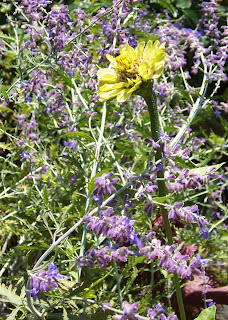 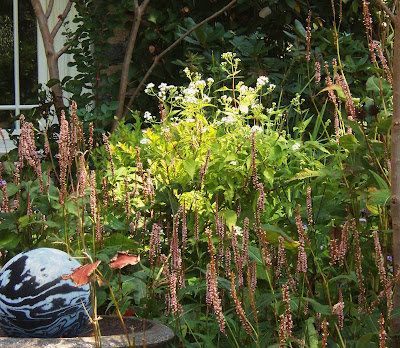 Posted by Kay Wisniewski at 9:56 AM